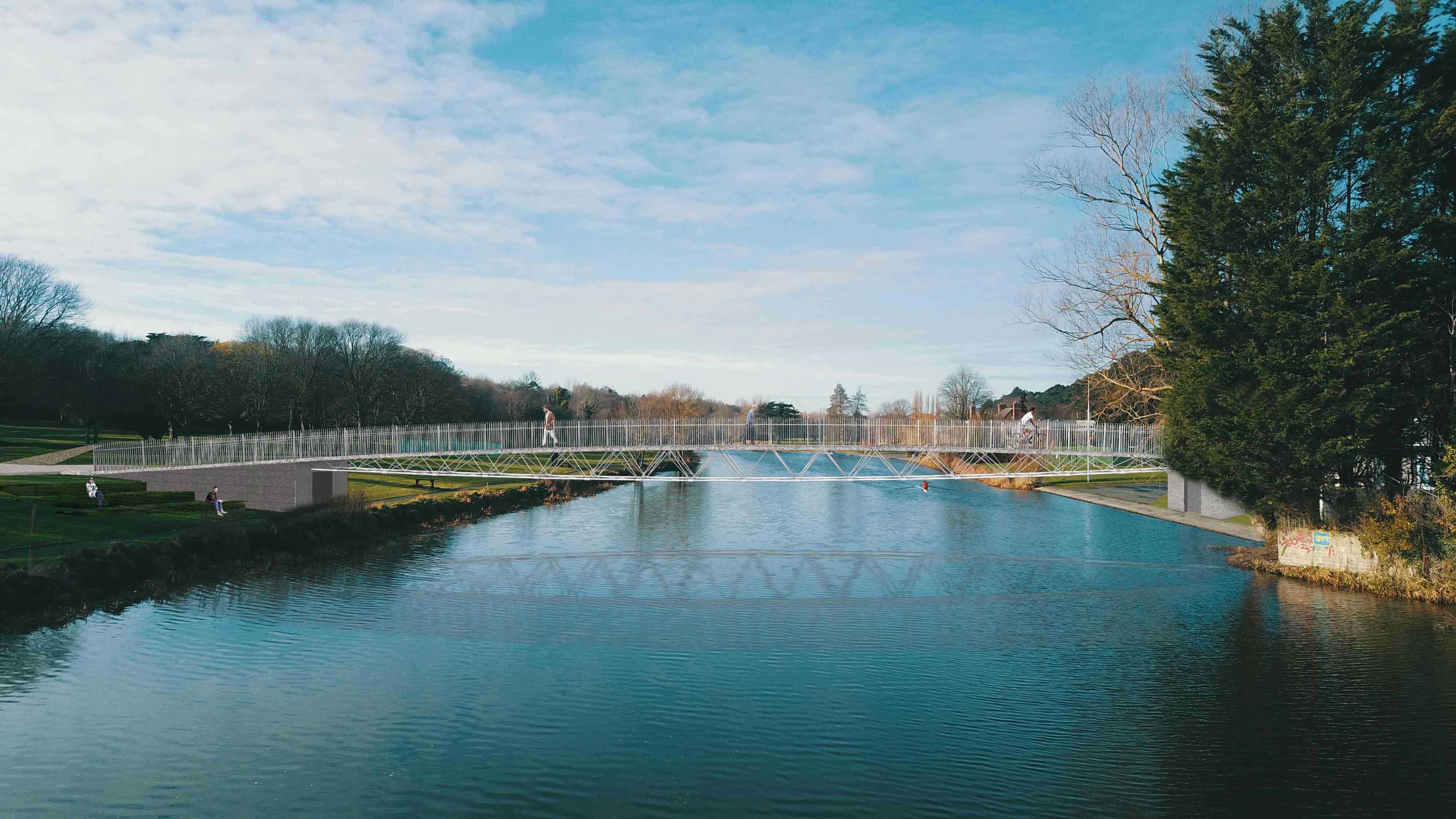 A competition entry for a new pedestrian and cycle bridge at the Irish National War Memorial Gardens, one of the most outstanding memorial gardens in Europe, designed by Sir Edwin Lutyns, The project aim was to connect the gardens over the River Liffey to the Phoenix Park, creating new civic routes that would help to make the gardens more accessible. Our design concept, developed with structural engineers Price and Myers, was to create a thin floating stone path over the river that expressed the ‘otherworldliness’ represented by the link between life and the afterlife. We were interested in using traditional materials, to echo the strong sense of local distinctiveness found in Lutyens monument. We wanted to stretch the boundaries of structural design, while being deeply embedded in the language and spirit of the place.

The bridge combines all three of the principal materials used by Lutyens – granite, limestone and grass covered earth mounding. With these we designed a single, shallow-arched bridge deck that in both finish and structure follow a much shallower tangential arch than would be found in a traditional load-bearing, masonry bridge. The deck is made of 200mm thick Leinster granite slabs, pre-tensioned and supported on two slender ribs of stainless steel fabricated as a contemporary version of a lenticular truss. These spring from large anchor blocks set into the earth work abutments that ramp out of the ground on both banks. The large end blocks create thresholds marking the start and end points of the visible bridge structure. Earth mounds are partially faced with squared rubble limestone retaining walls similar to those used in the terraces and retaining walls of the gardens. The design also included a ceremonial entrance and approach on the north bank.

The Office of Public Works 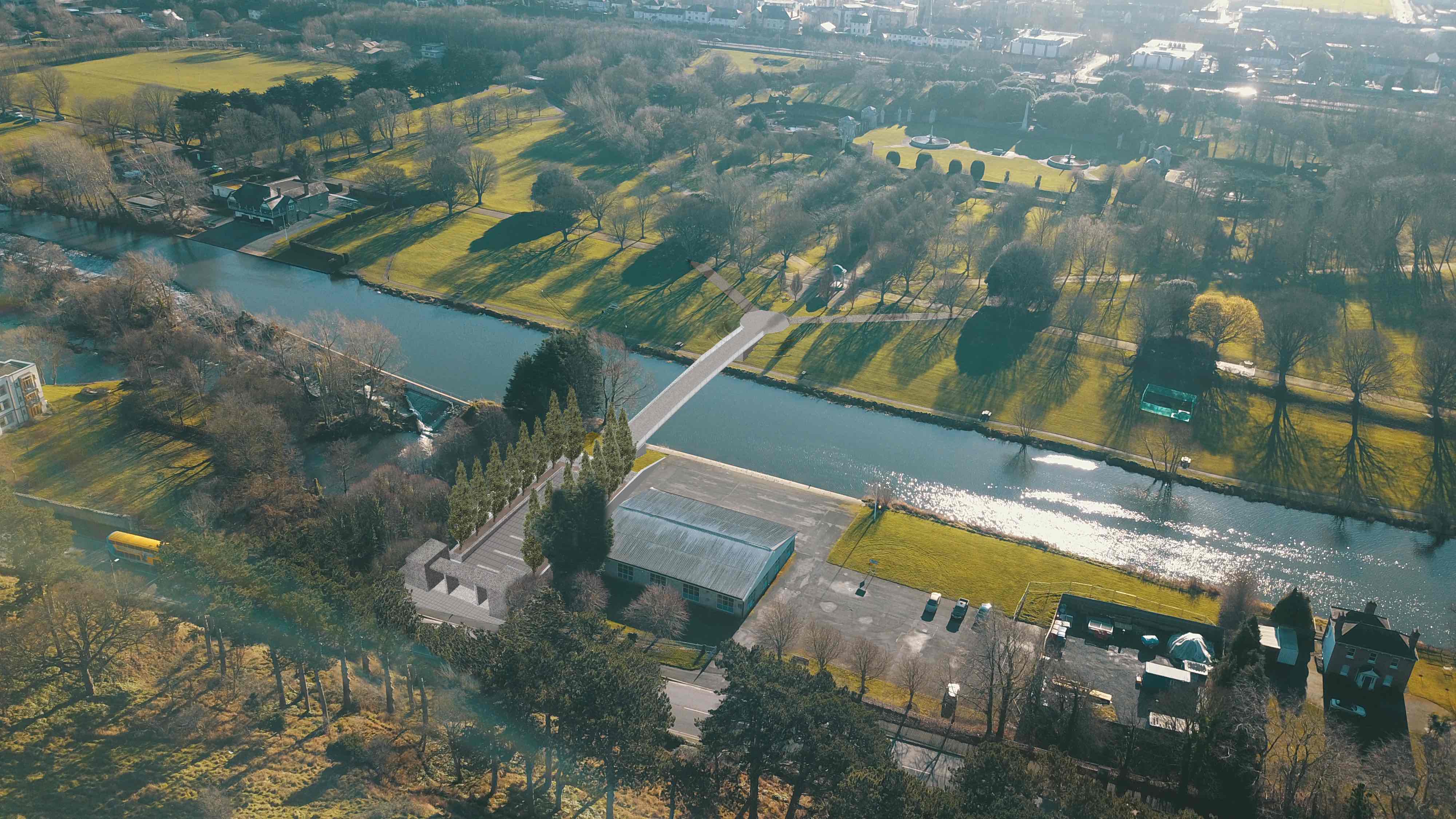 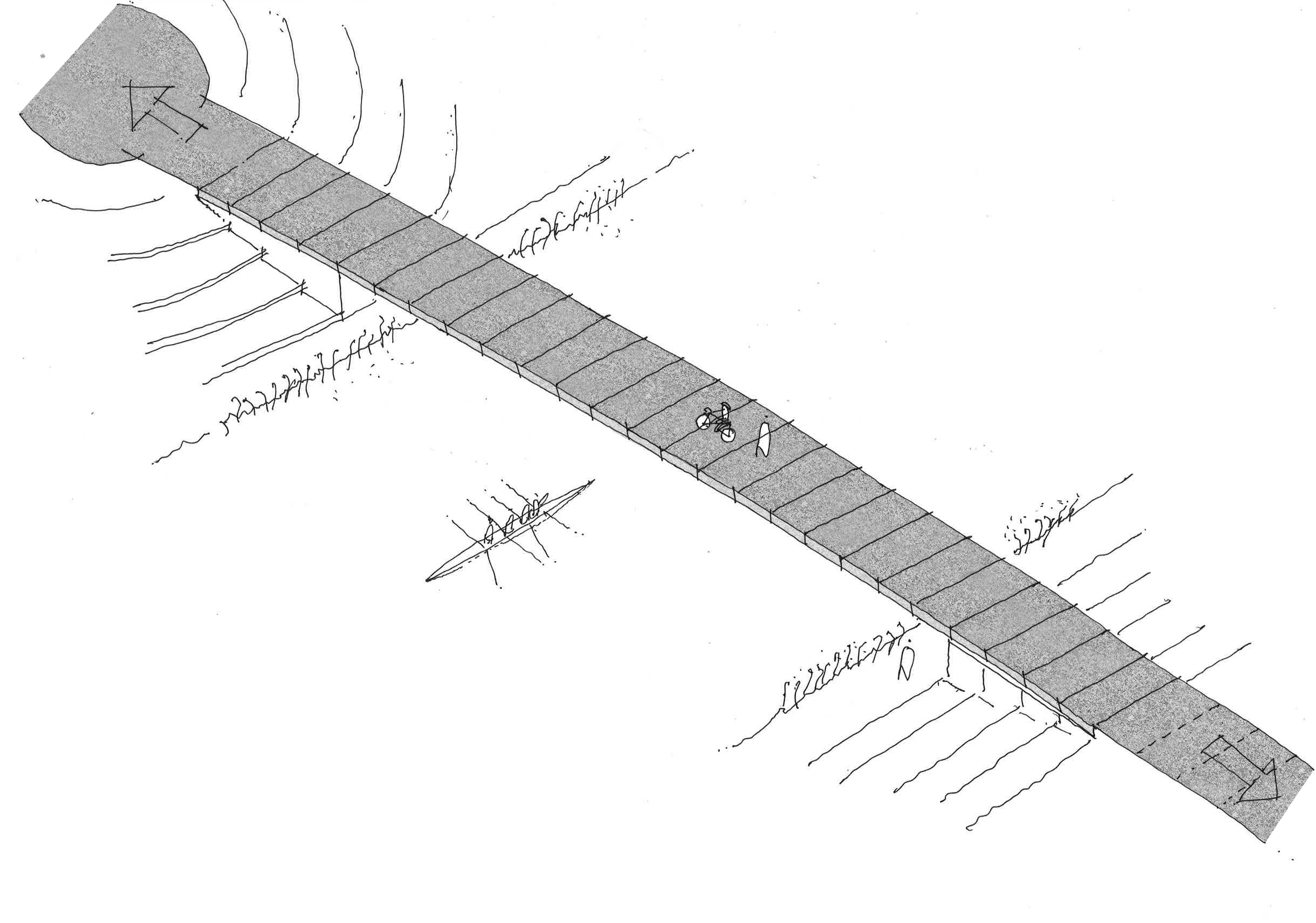 We wanted to stretch the boundaries of structural design, while being deeply embedded in the language and spirit of the place 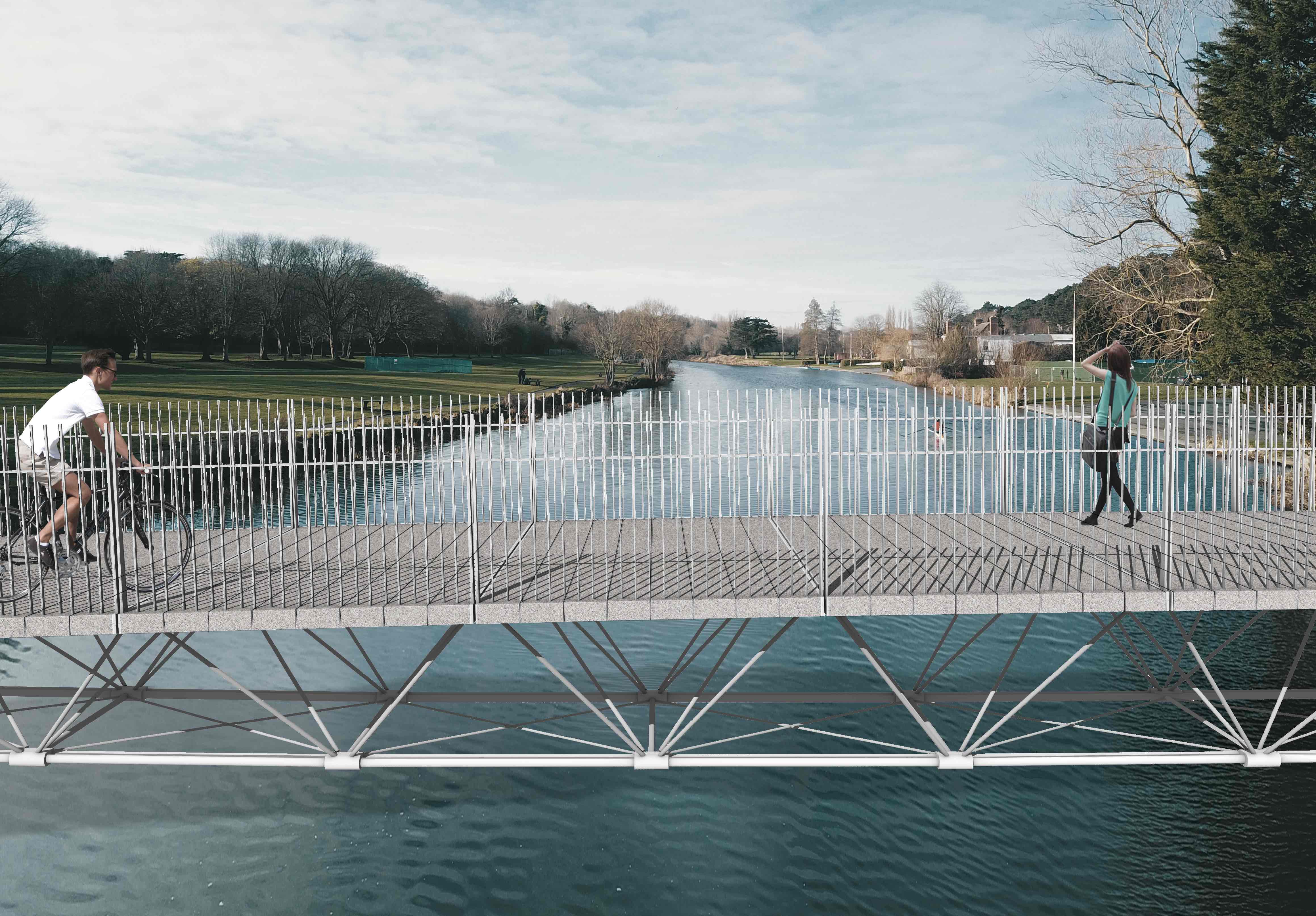 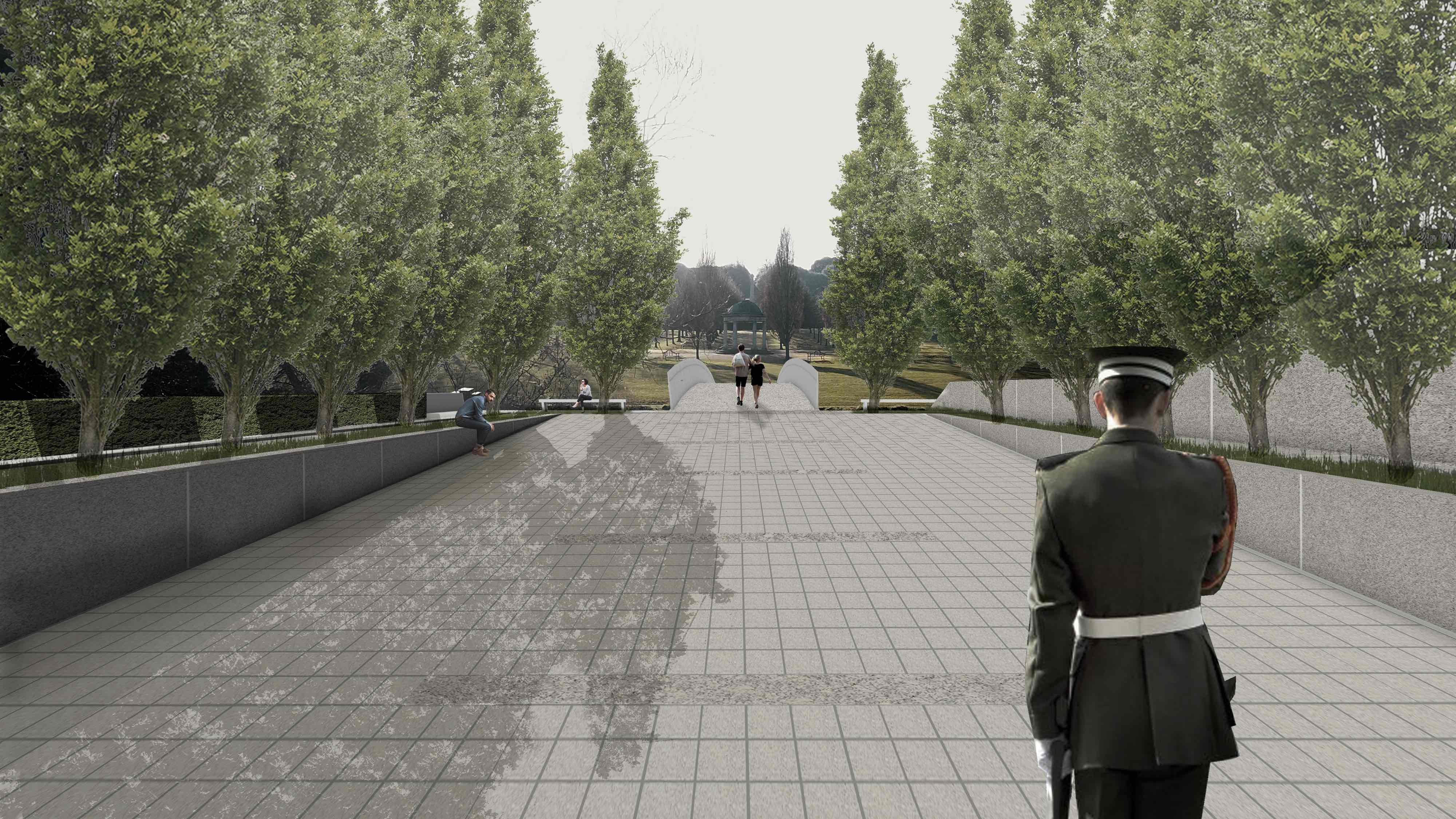 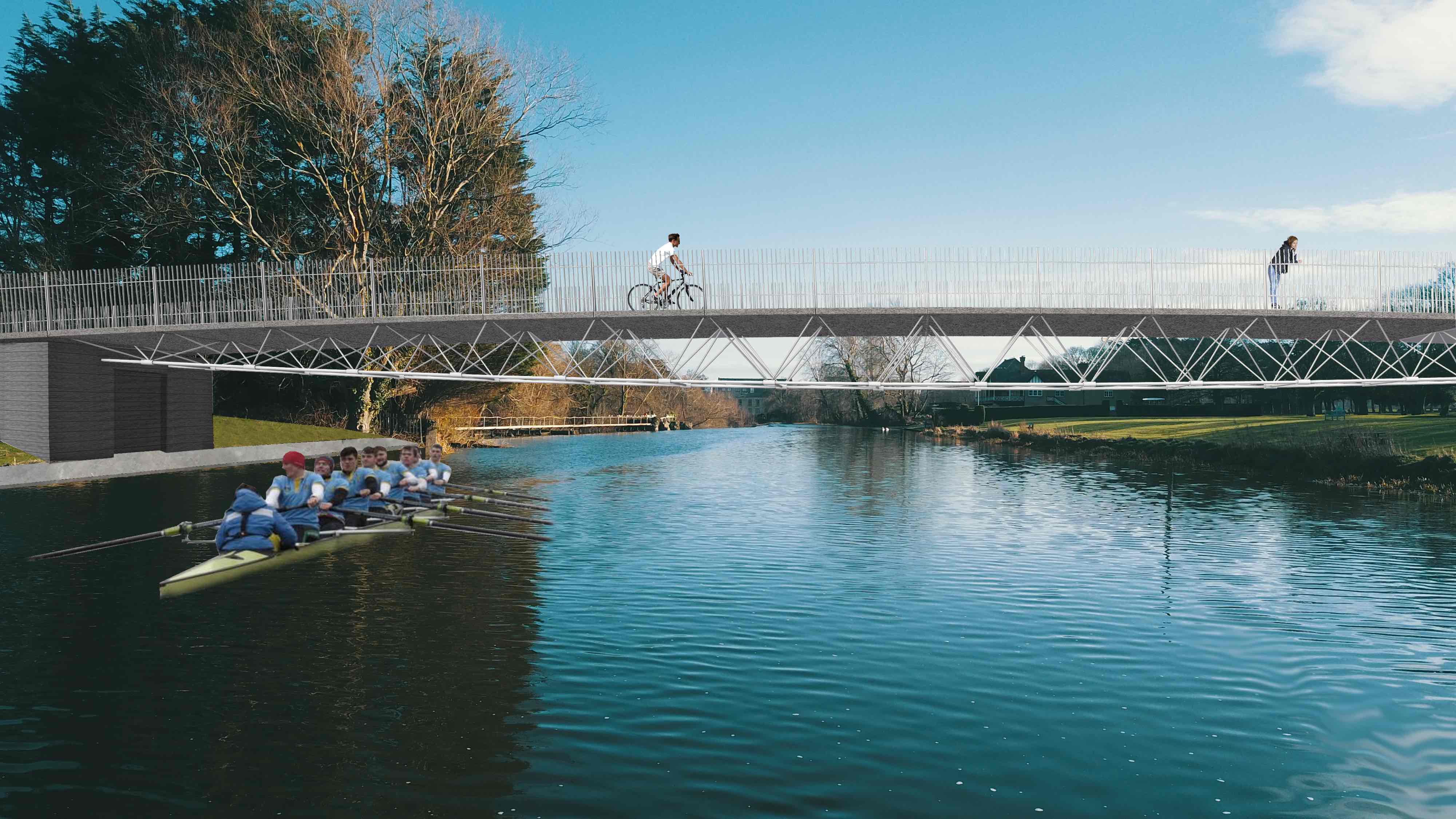 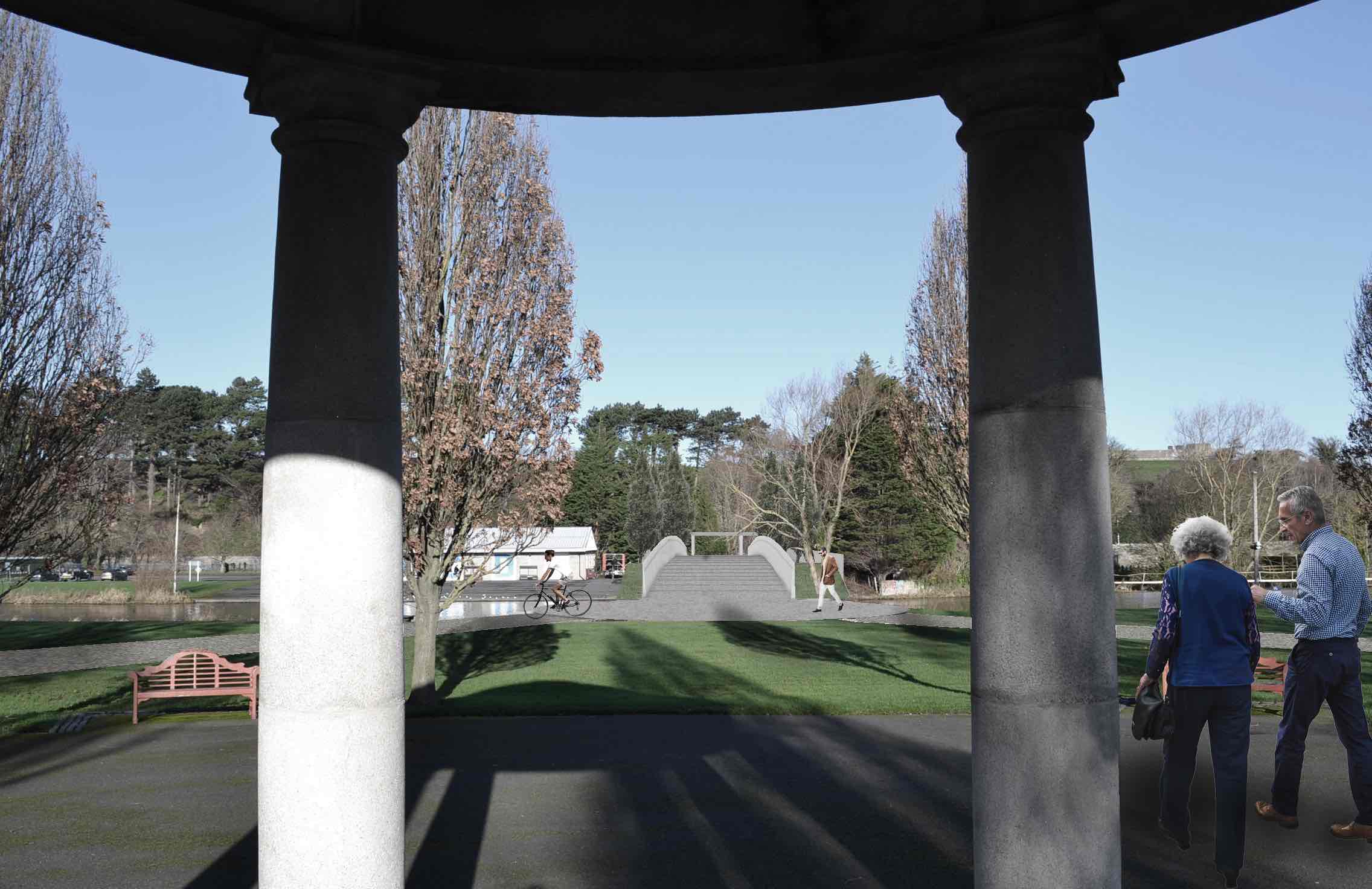 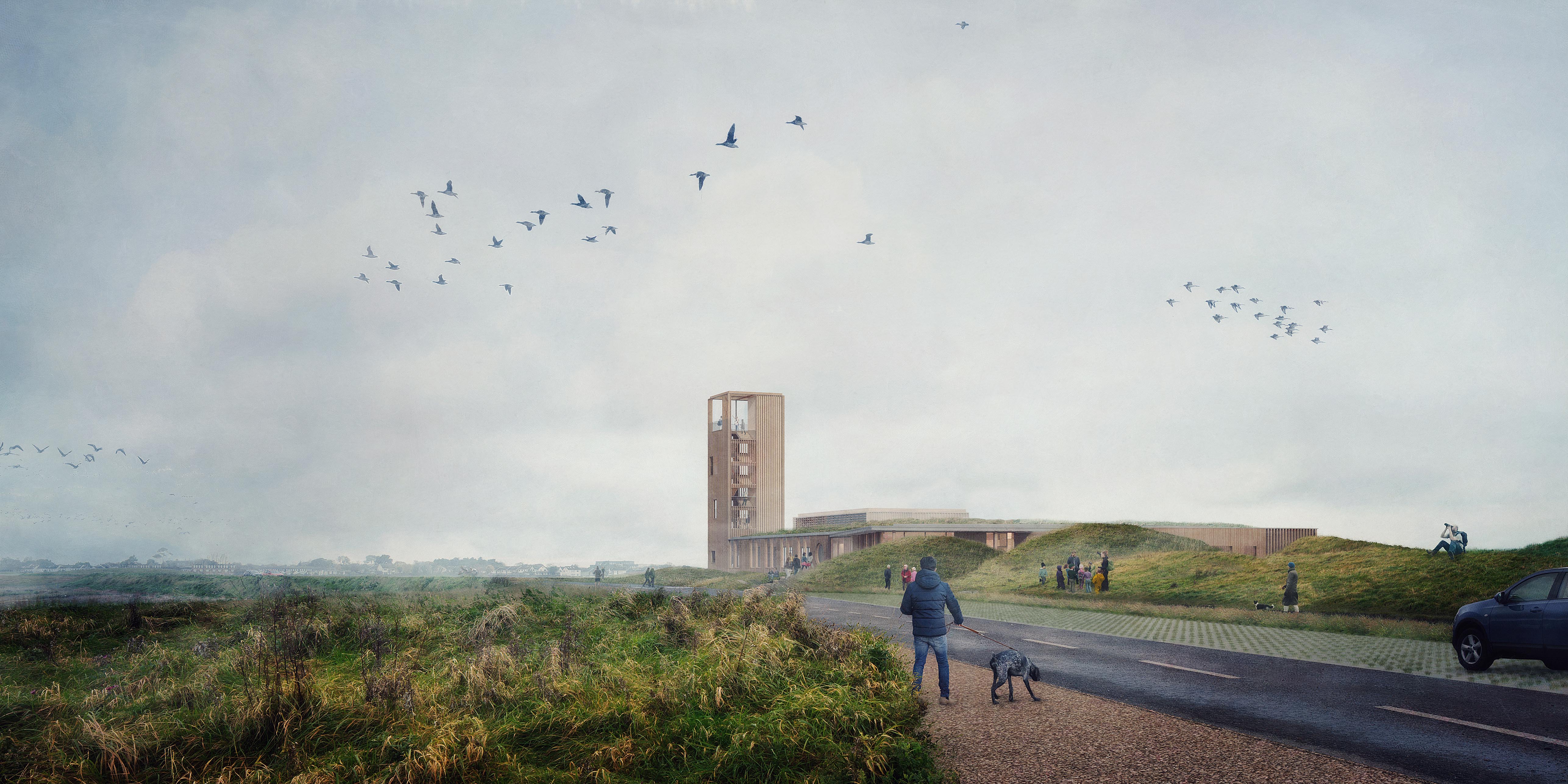 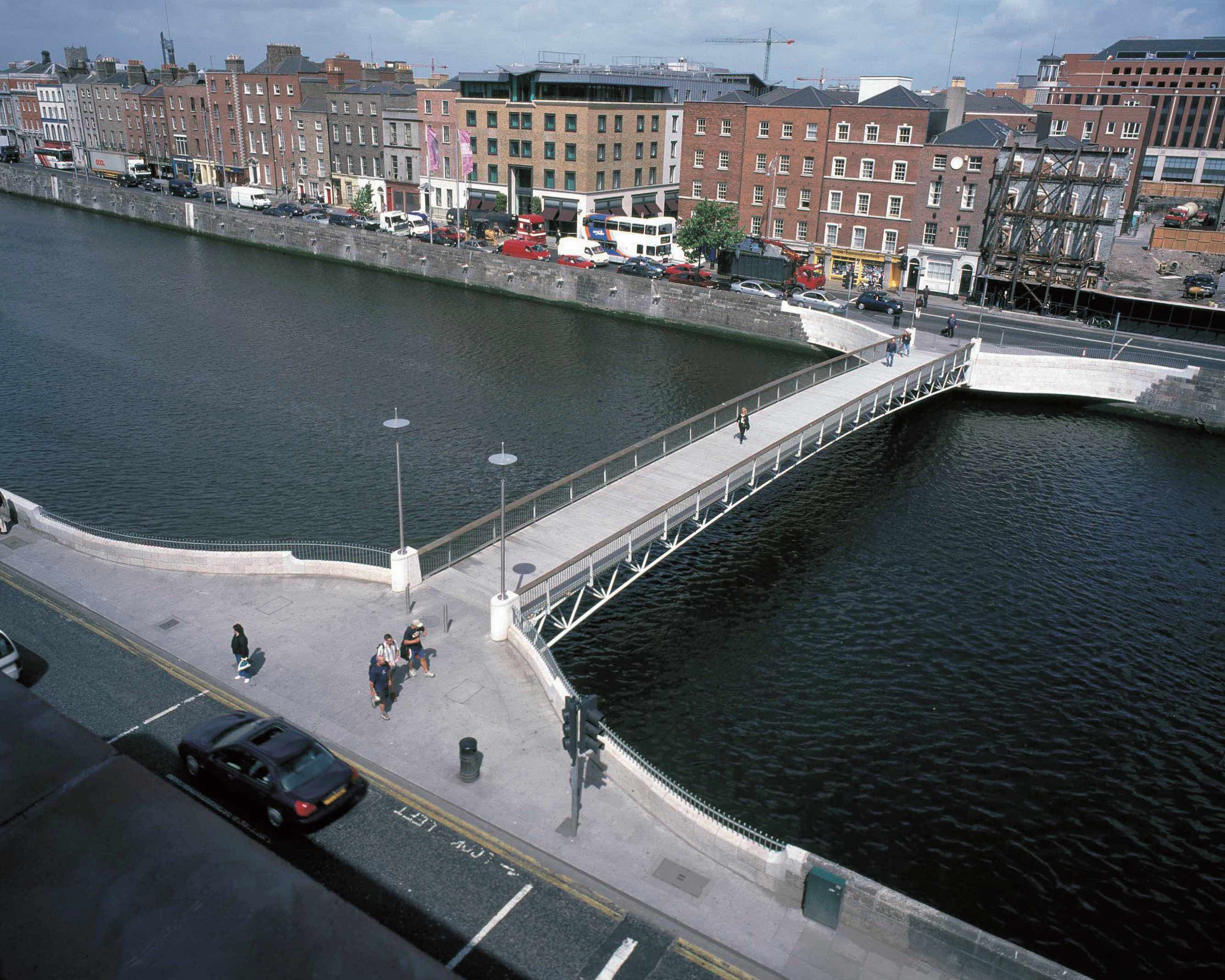