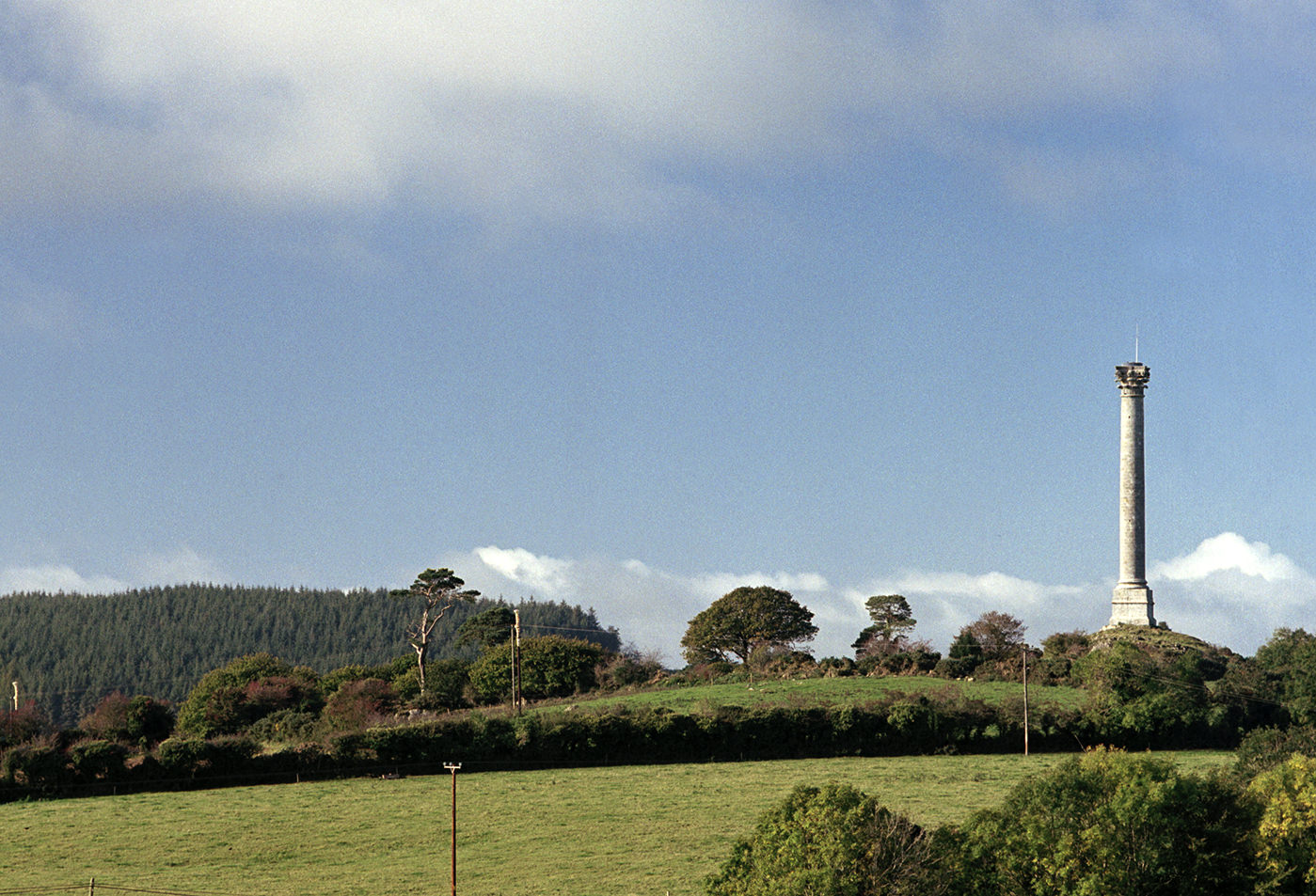 The Browne Clayton Column is a unique landscape structure and a remarkable feat of engineering. Constructed in 1839 in the form of a monumental Corinthian column, similar to those found in the classical world of the Roman Empire. Unlike its historic precedents, it is unique in the world as it is hollow and contains a stone spiral staircase, making it accessible.  The magnificent capital contains projecting stones in the form of acanthus leaves and volutes weighing up to one and a half tons. Following a lightning strike in 1995, the column was badly damaged when a hole, measuring three meters high by one meter wide, appeared near the top of the column leaving the structure unstable and in danger of collapse.

An extensive survey was carried out, after which it was concluded that the only repair solution was to take down the damaged portion and re-build it using the carefully salvaged stones. Following a three phase restoration programme consisting of (1) scaffold, survey and prop; (2) take down the damaged capital and approximately 25% of the shaft; and (3) rebuilding. Remarkably only four new carved stones were needed and ingenious masonry repairs were carried out to several damaged stones to minimise the quantify of introduced fabric.

* This project was completed by Howley Harrington Architects. 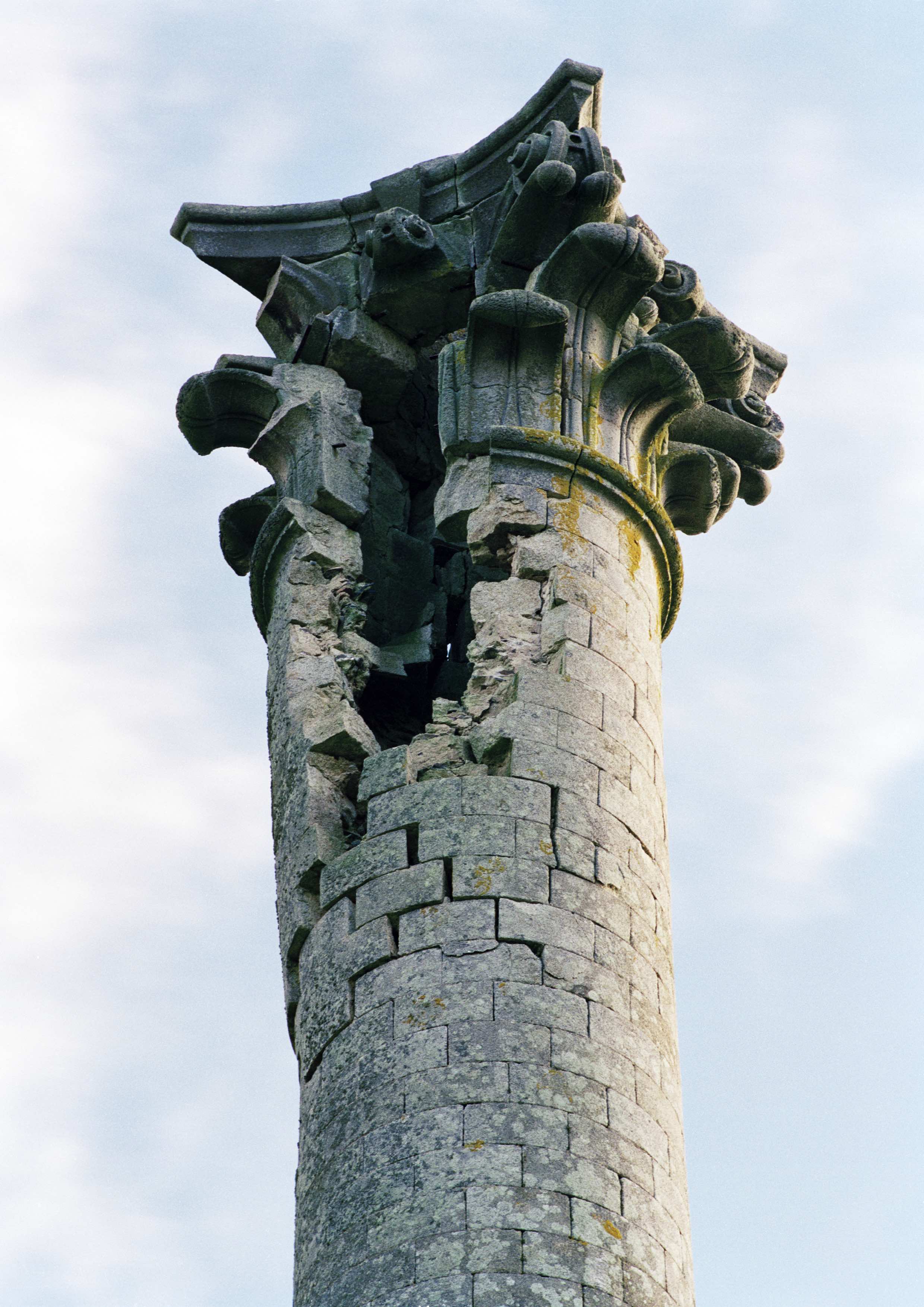 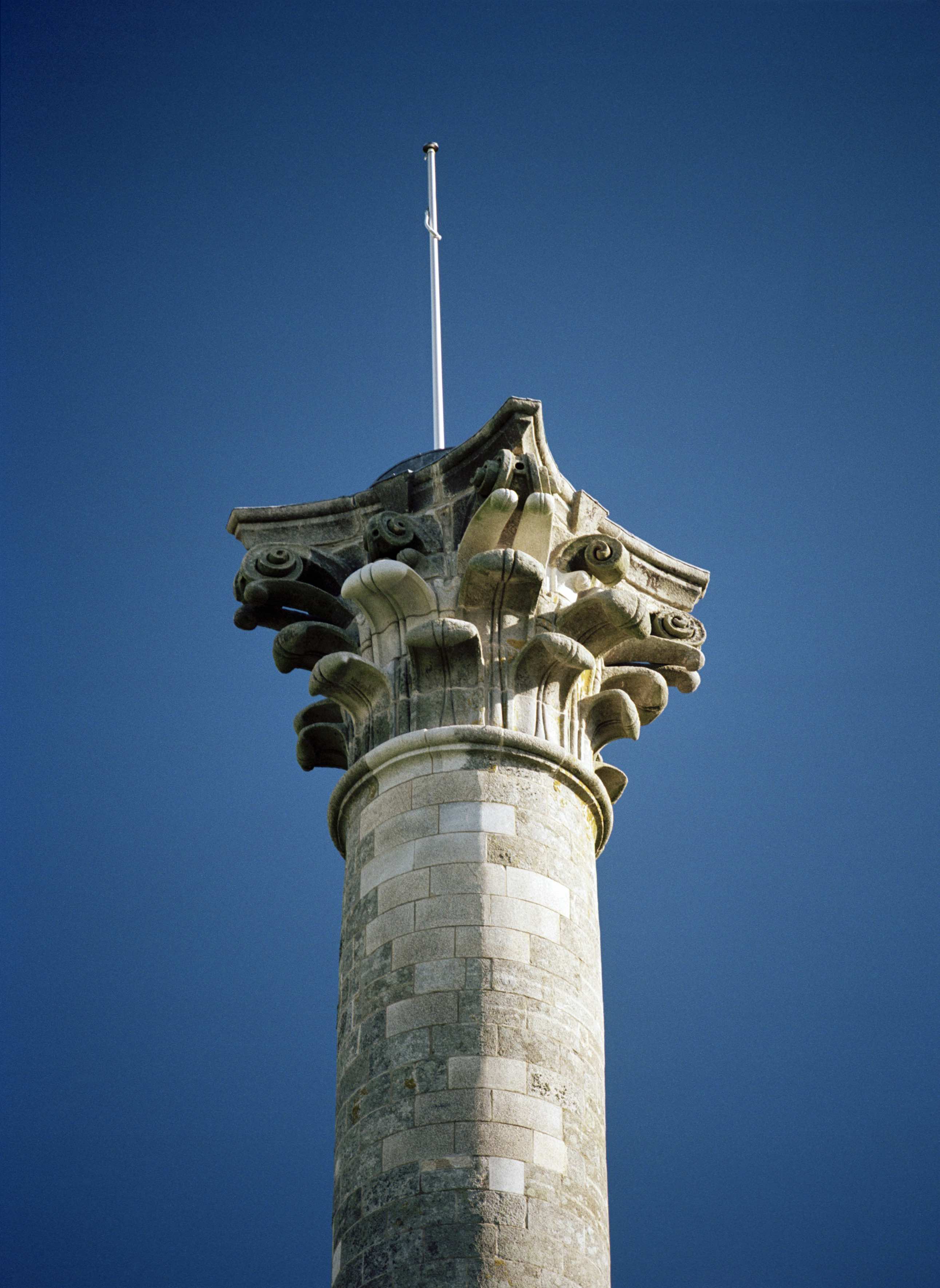 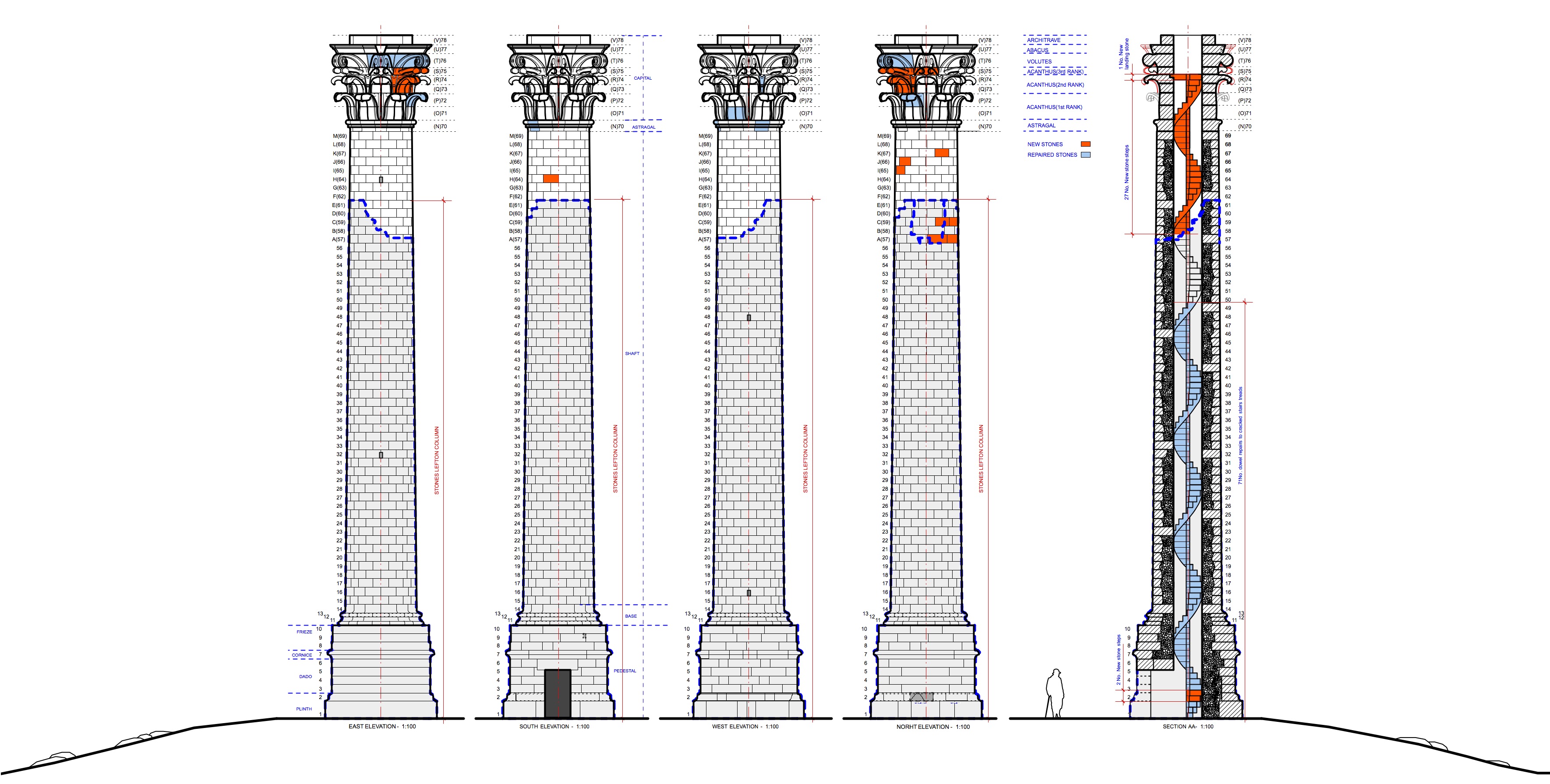 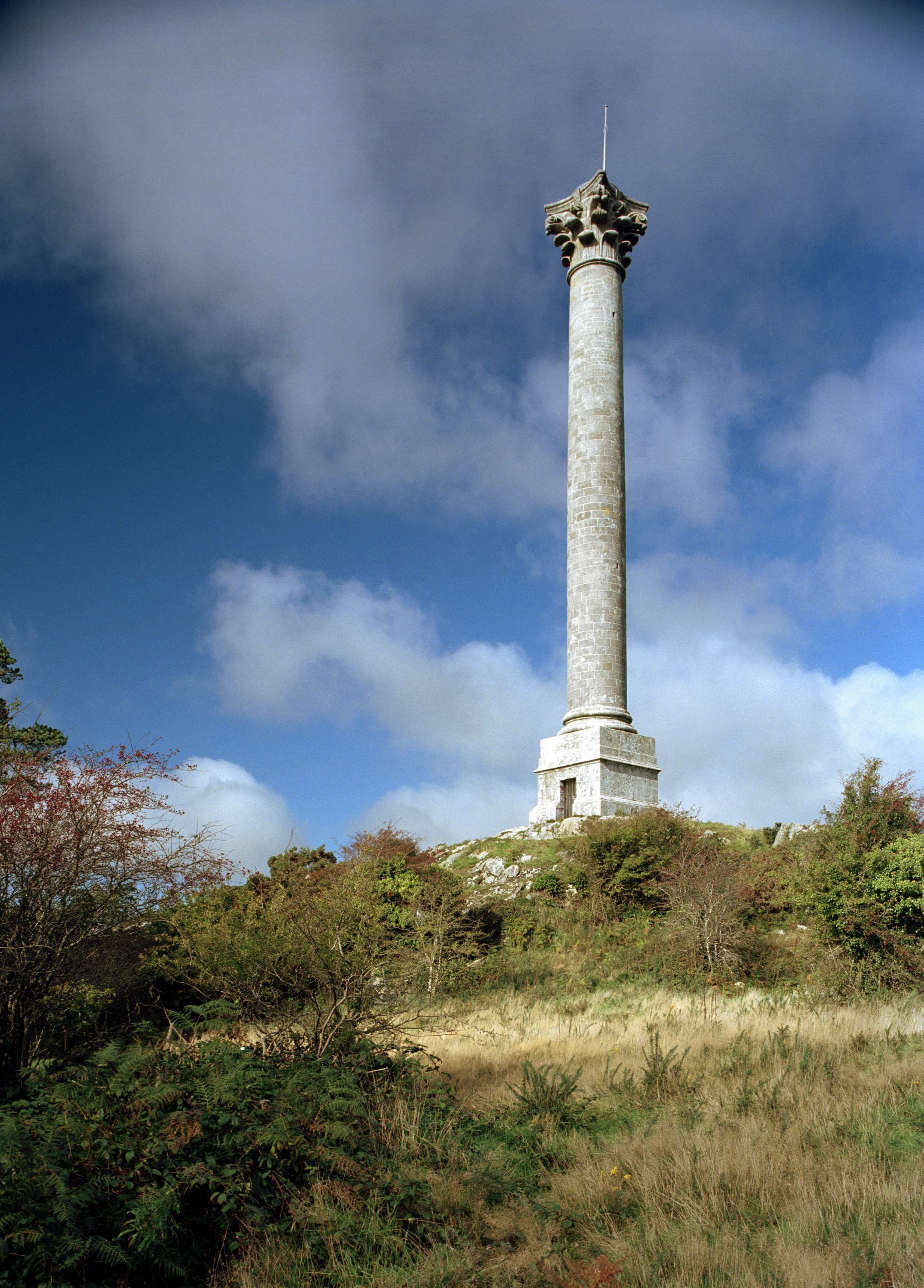 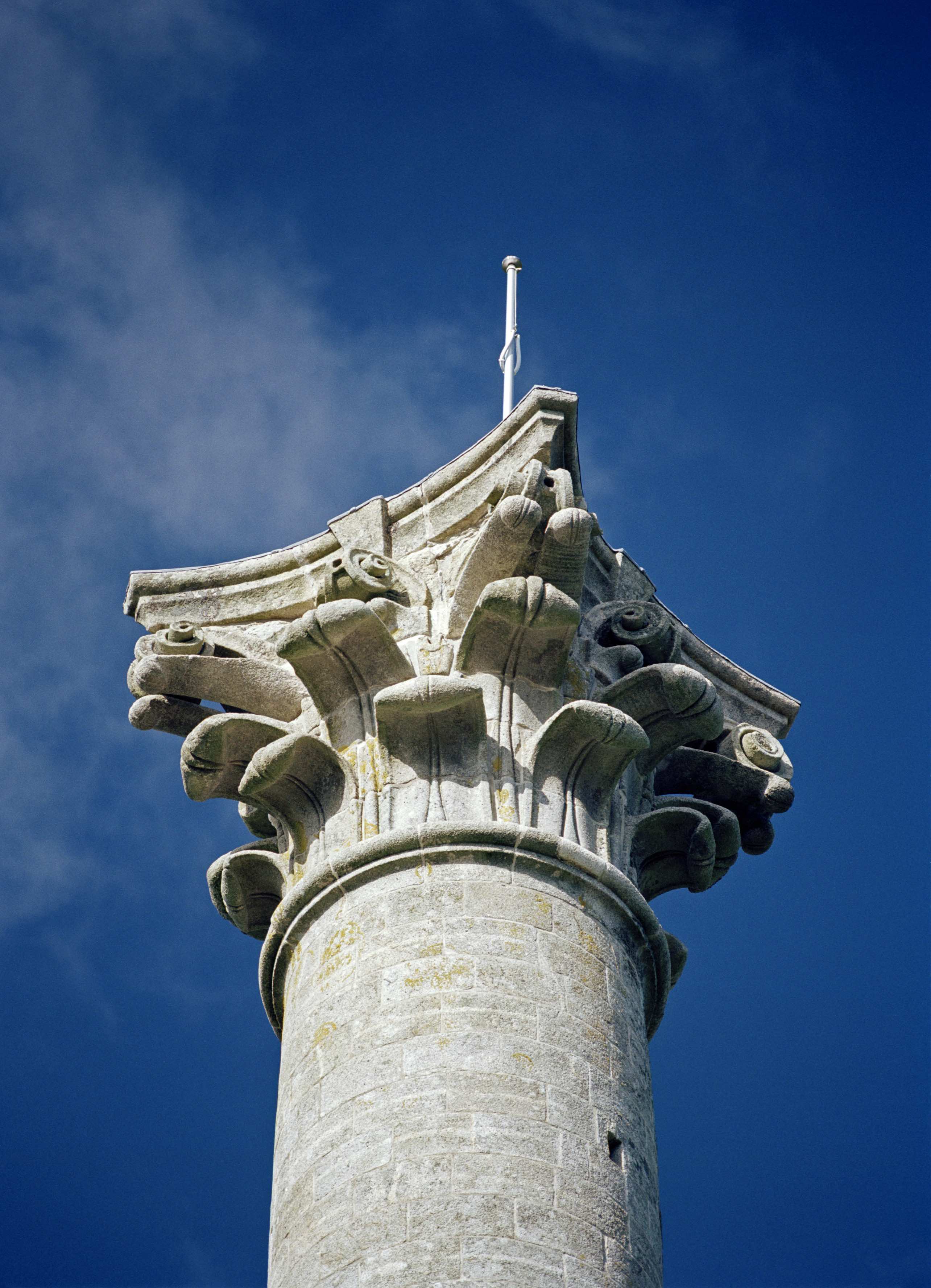 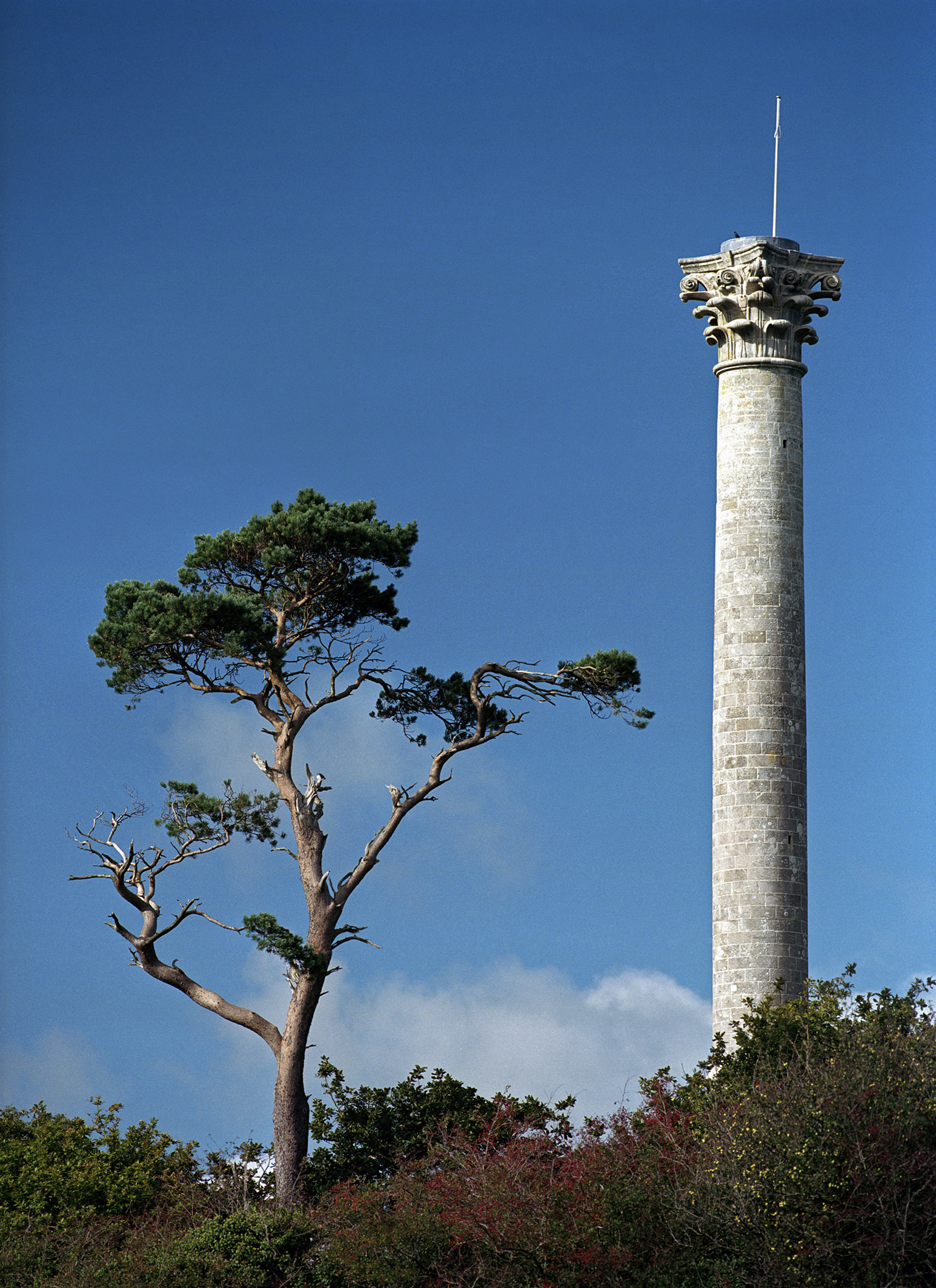 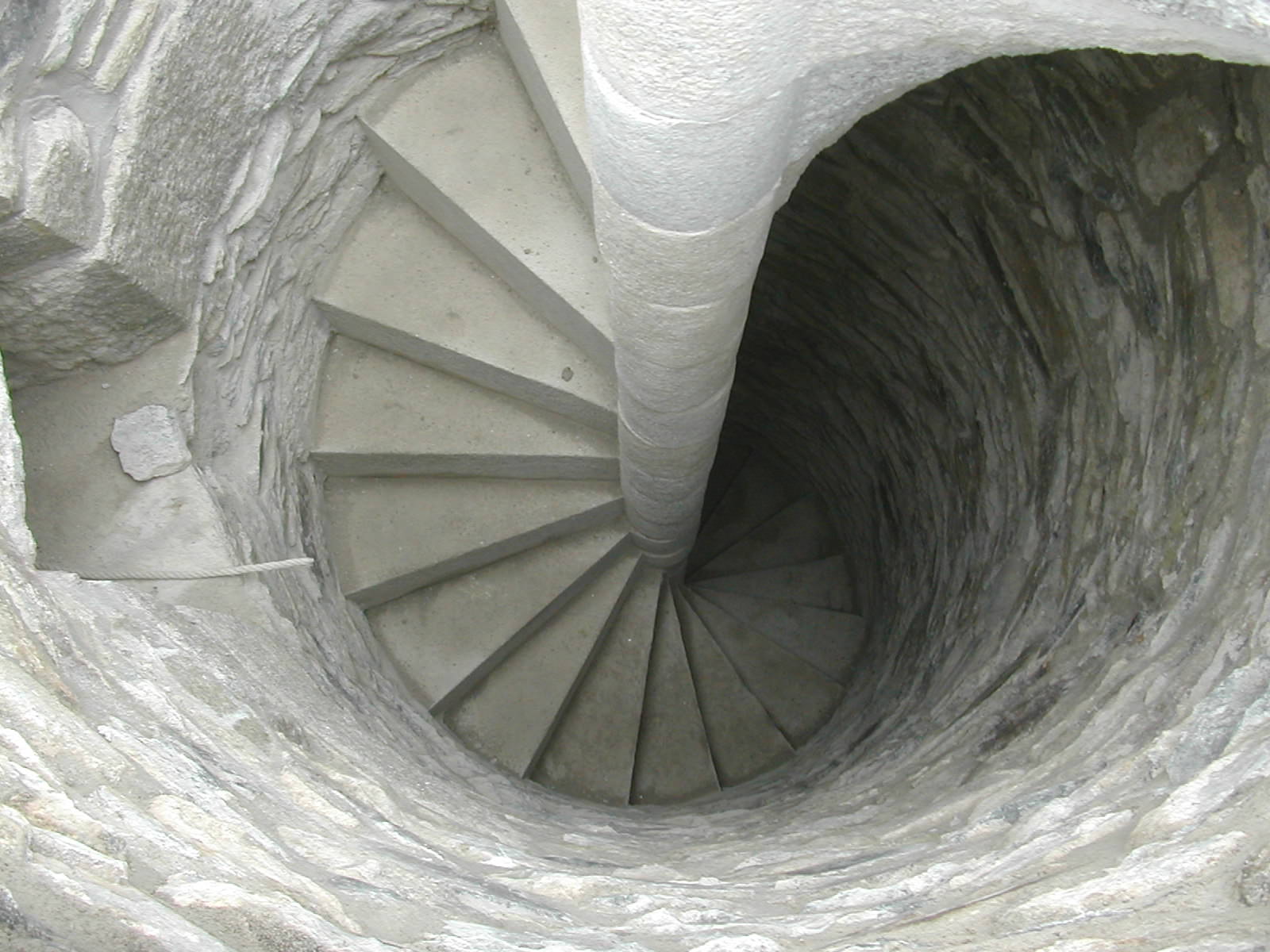 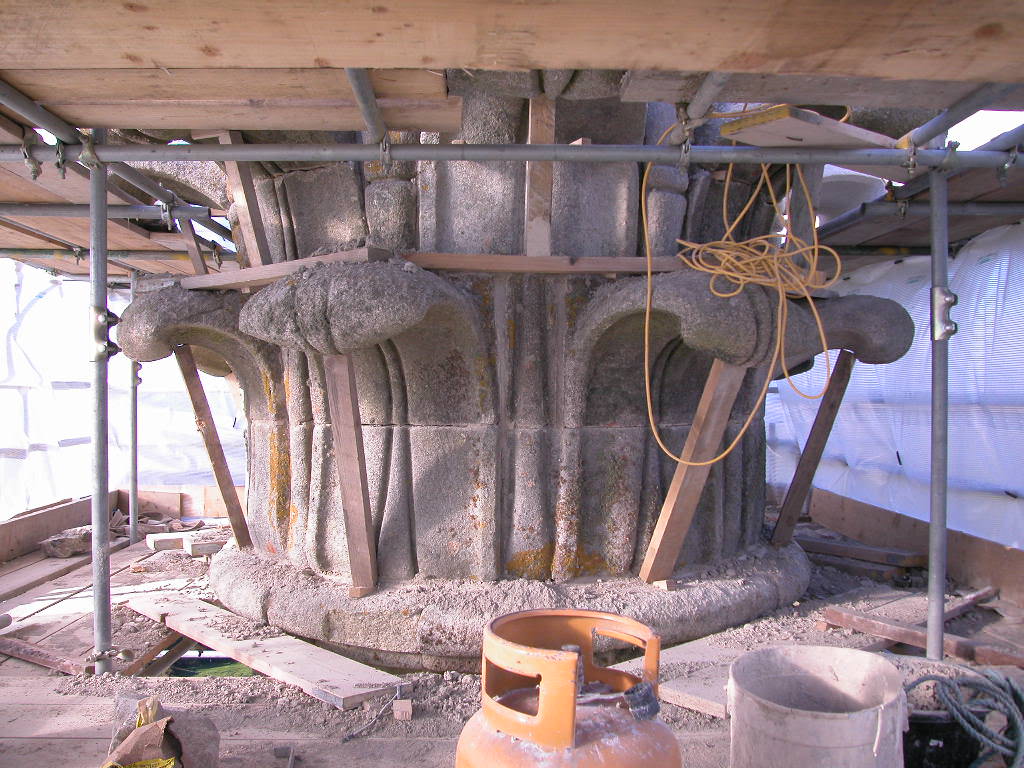 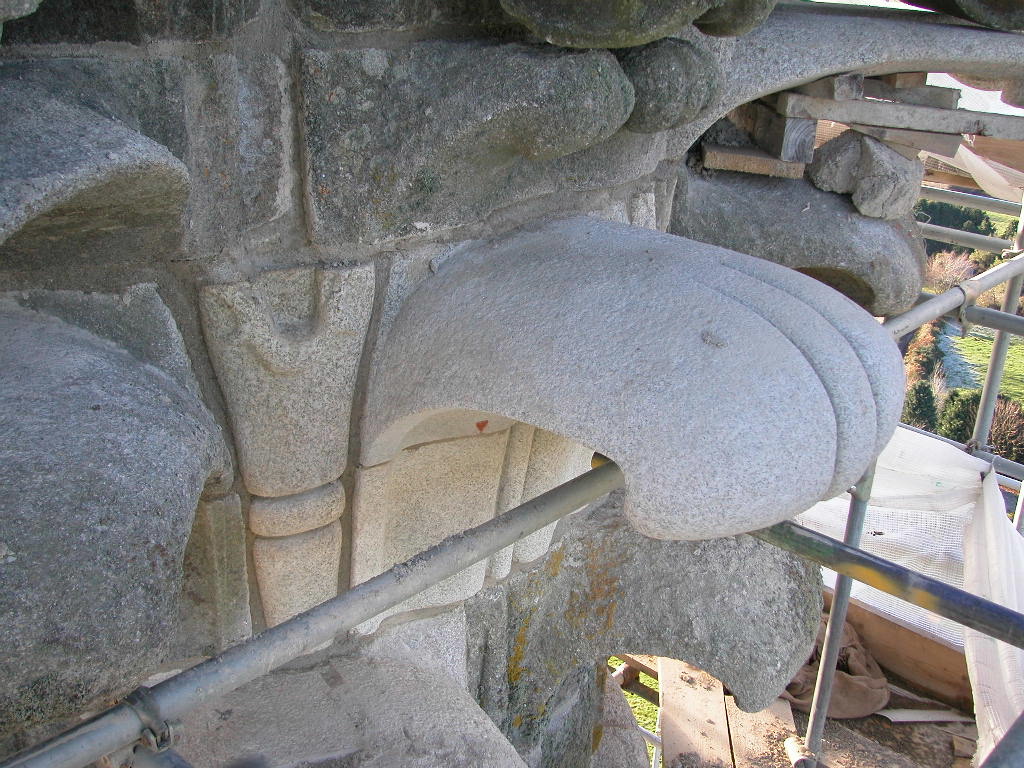 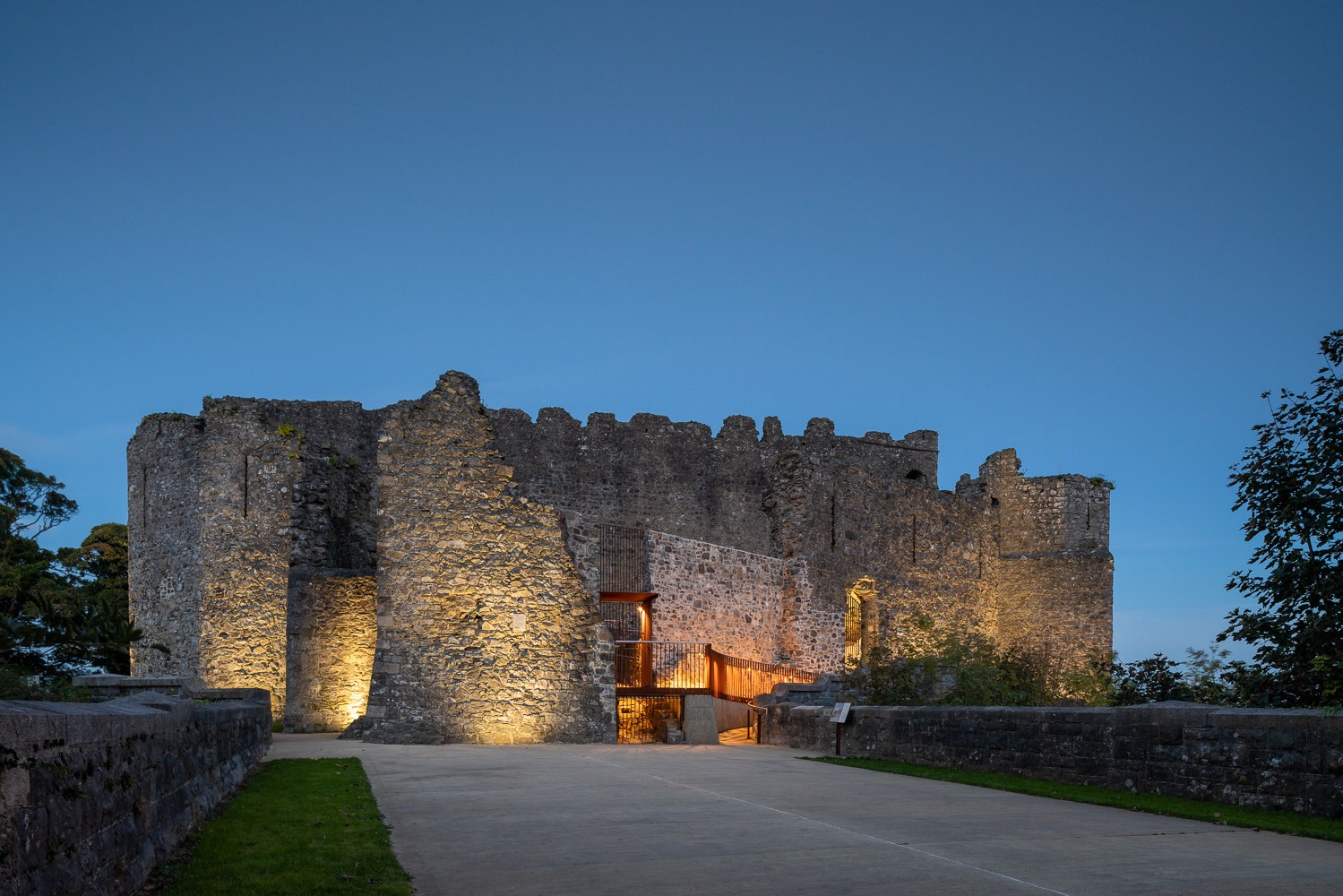