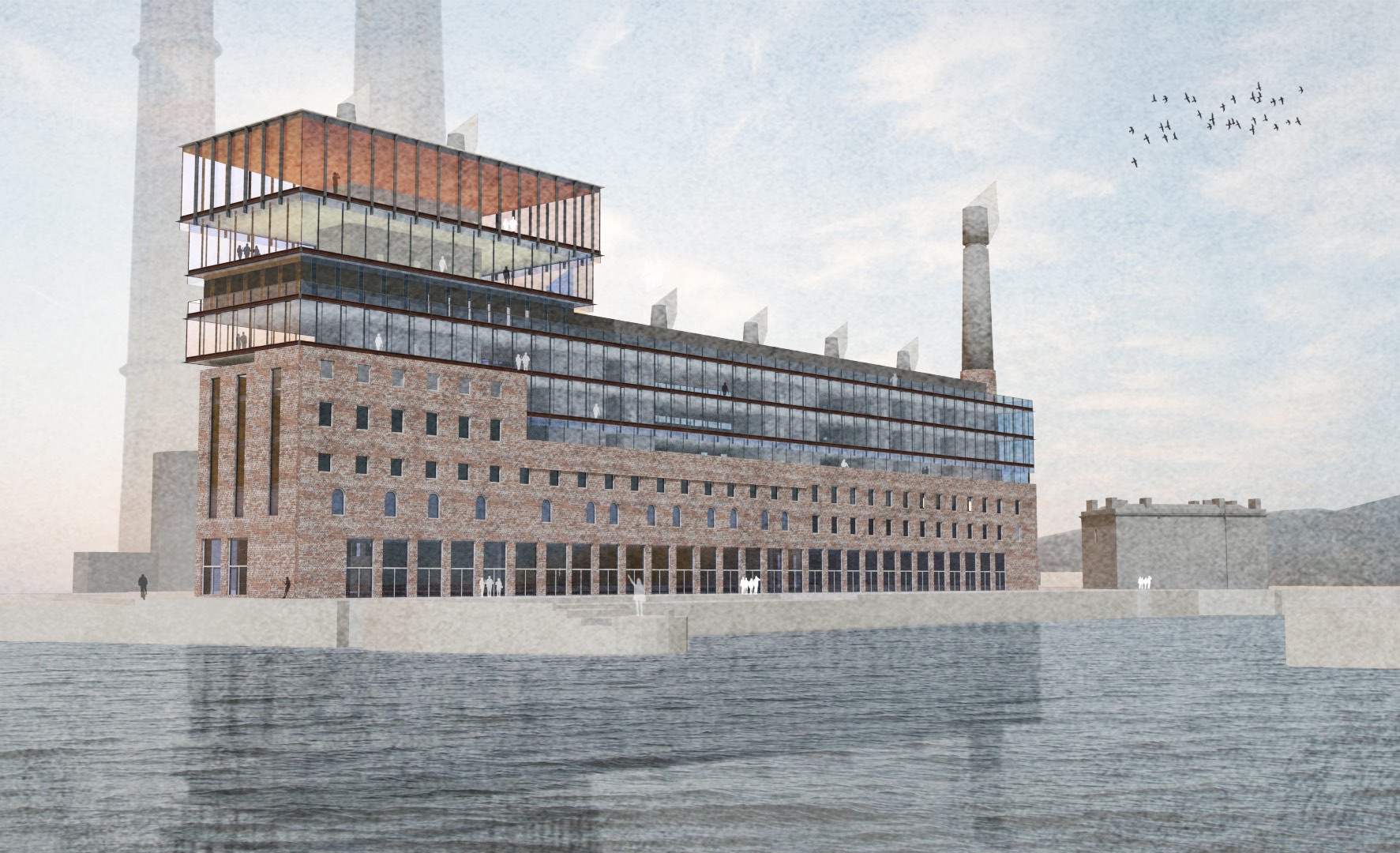 This study was commissioned by Dublin City Council, to assess the feasibility for a new viable use for the former Pigeon House Power Station, on the Poolbeg Peninsula. The Pigeon House is a vast industrial ruin, and the largest protected structure in Ireland. It consists of three linear bays running parallel that formerly housed the boiler house, engine hall and control block of the power station. Our brief was to provide much needed facilities for start-up and expanding companies within a single large complex. It will accommodate a range of spaces from small office units and individual workshops, to open plan offices and large-scale workspaces and offices.

Our design concept preserves the qualities of the monumental ruin, which is like a Piranesi etching, while integrating new lightweight glazed interventions and additions above and alongside existing historical fabric. The ‘Innovation Generator’ was designed to accommodate over 20,000sqm of flexible and interactive space, to facilitate and empower creative thinking and innovation, within a landmark building set in Dublin Bay. The engine hall as central atrium will act as a spacious social distiller providing light, ventilation, clear wayfinding/circulation and communal facilities. Large volume spaces in the boiler house are ideal for tech stores, workshops and sound stages, particularly at the ground level. On the upper levels large floor plates can either be subdivided into smaller units or left as open-plan offices, to house larger tenants. The control block offers space for a series of smaller incubation units. As part of the project we included a landmark tower at the north end of the building containing a top floor restaurant with spectacular views over the city and Dublin Bay. 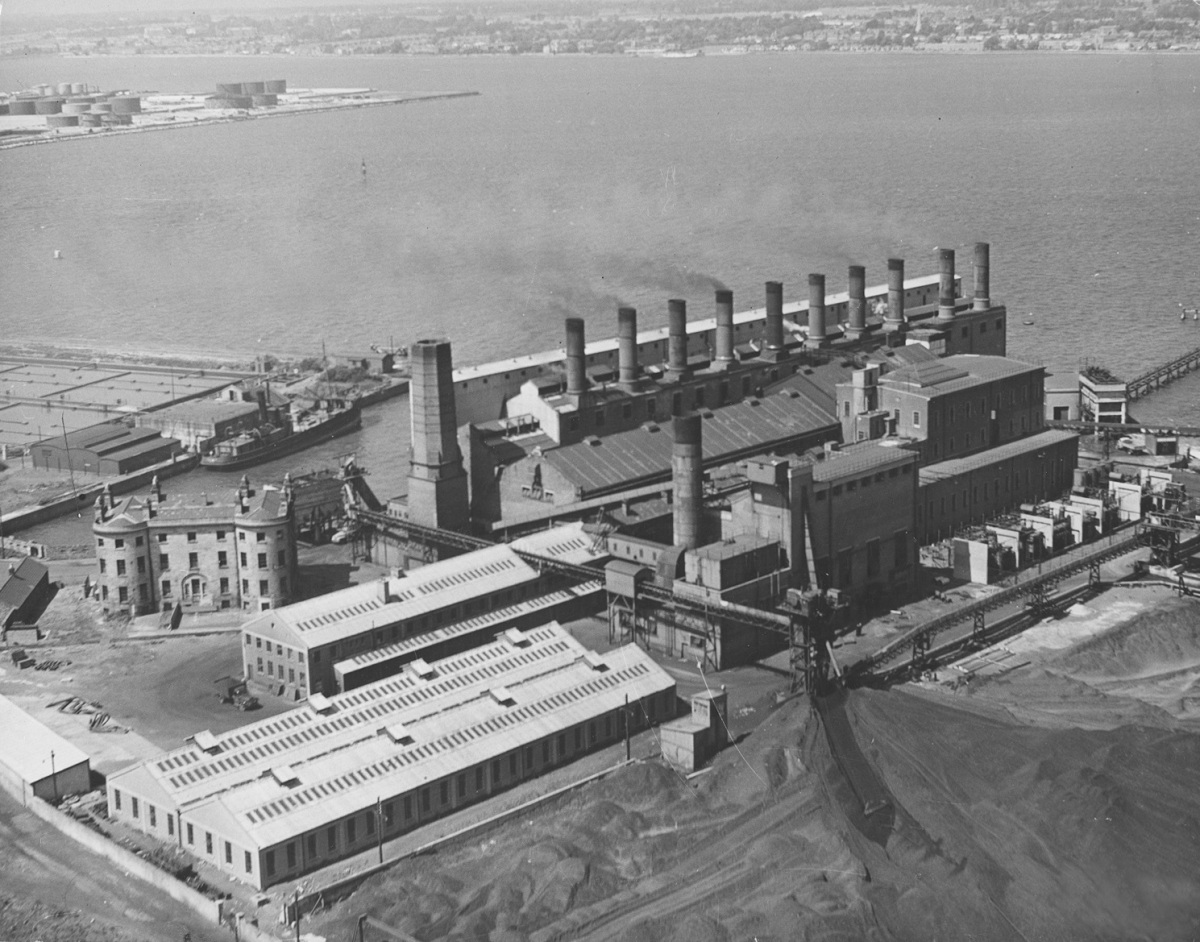 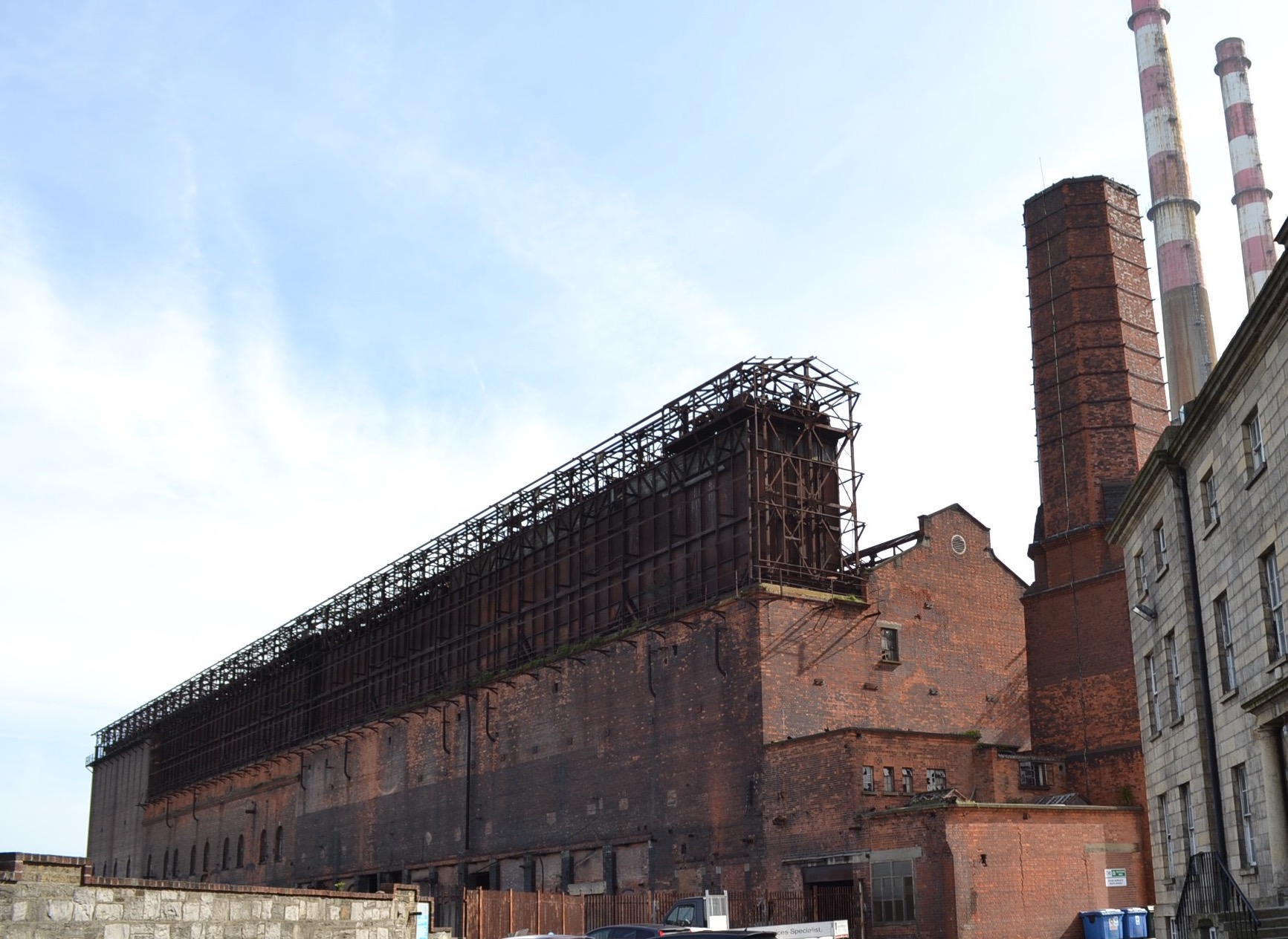 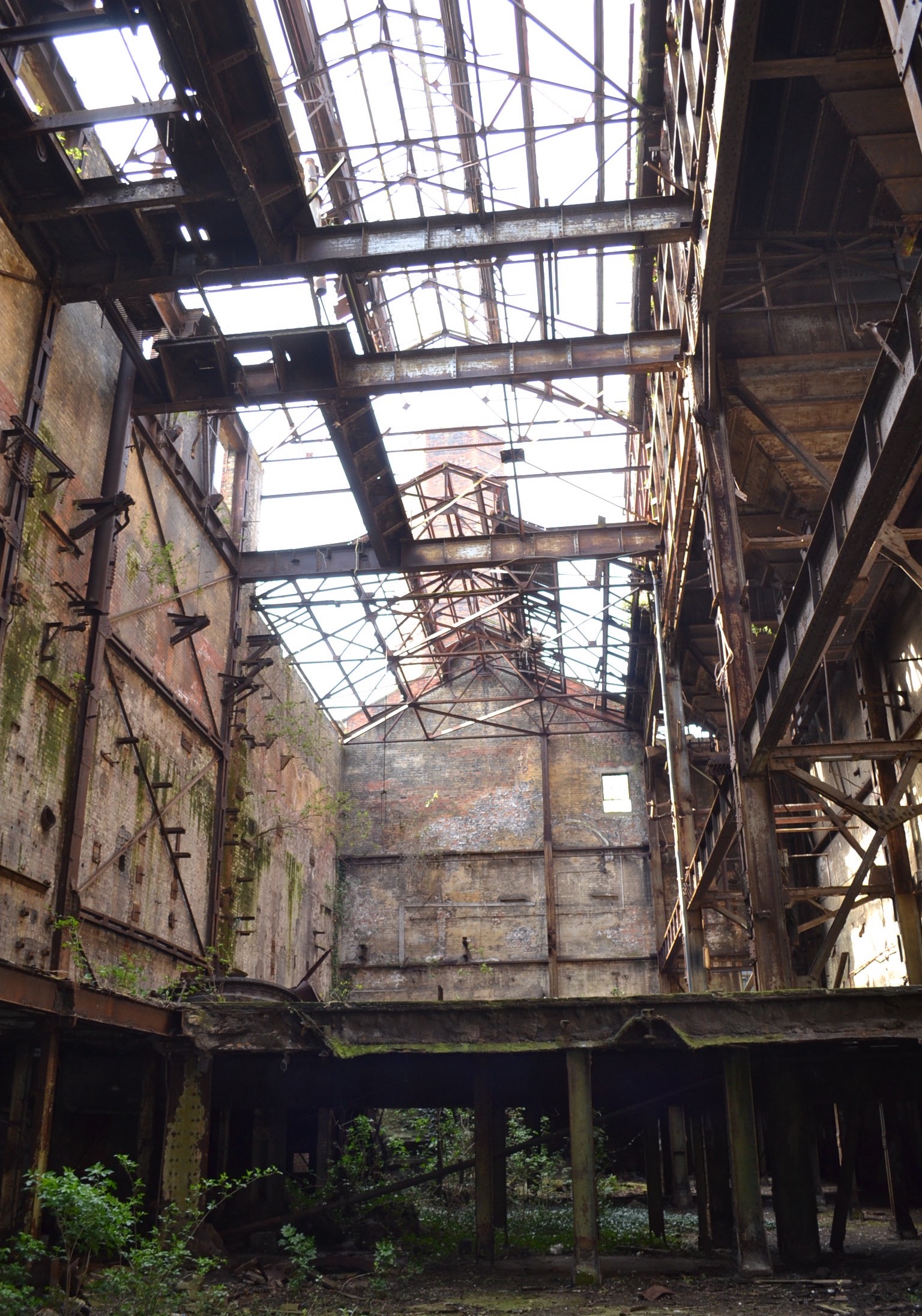 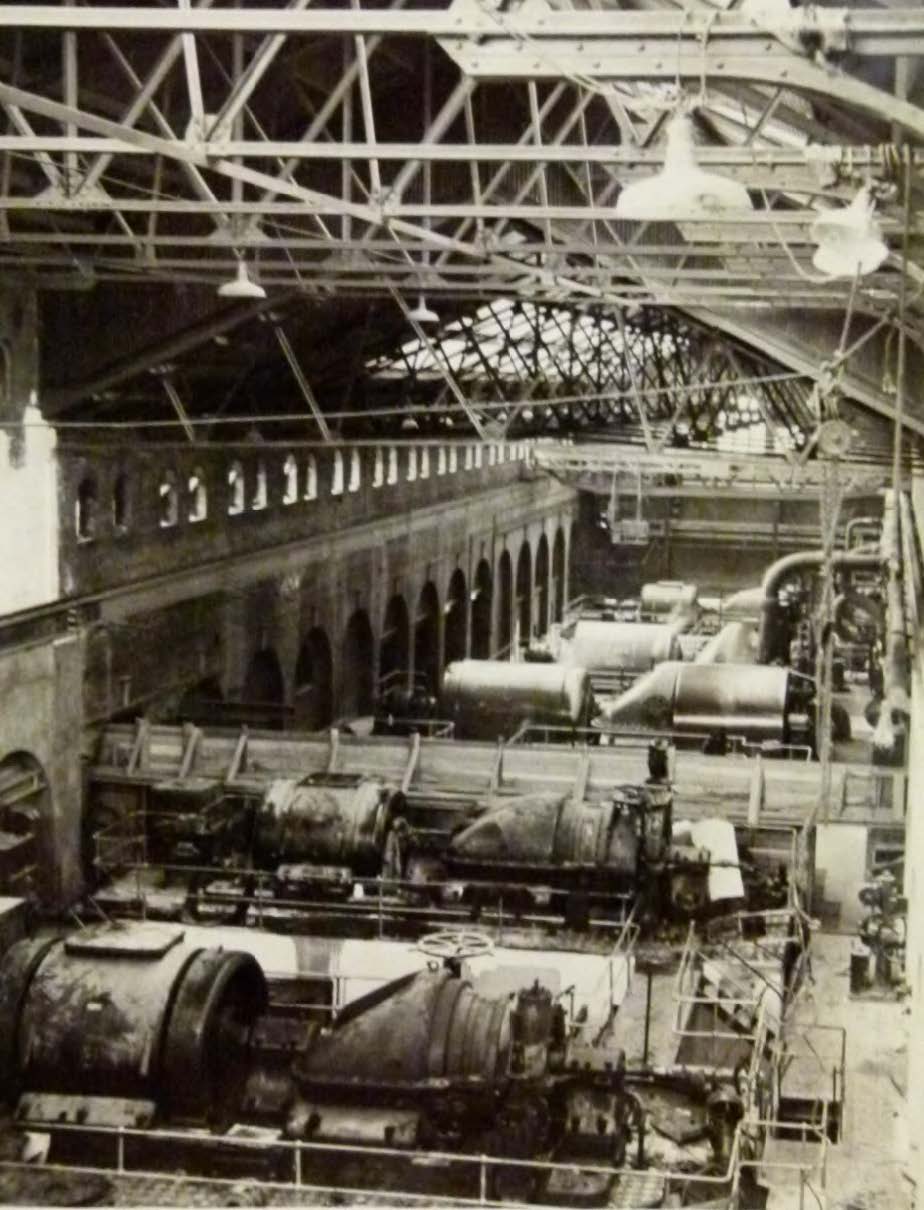 Our design concept preserves the qualities of the monumental ruin, which is like a Piranesi etching, while integrating new lightweight glazed interventions and additions above and alongside existing historical fabric 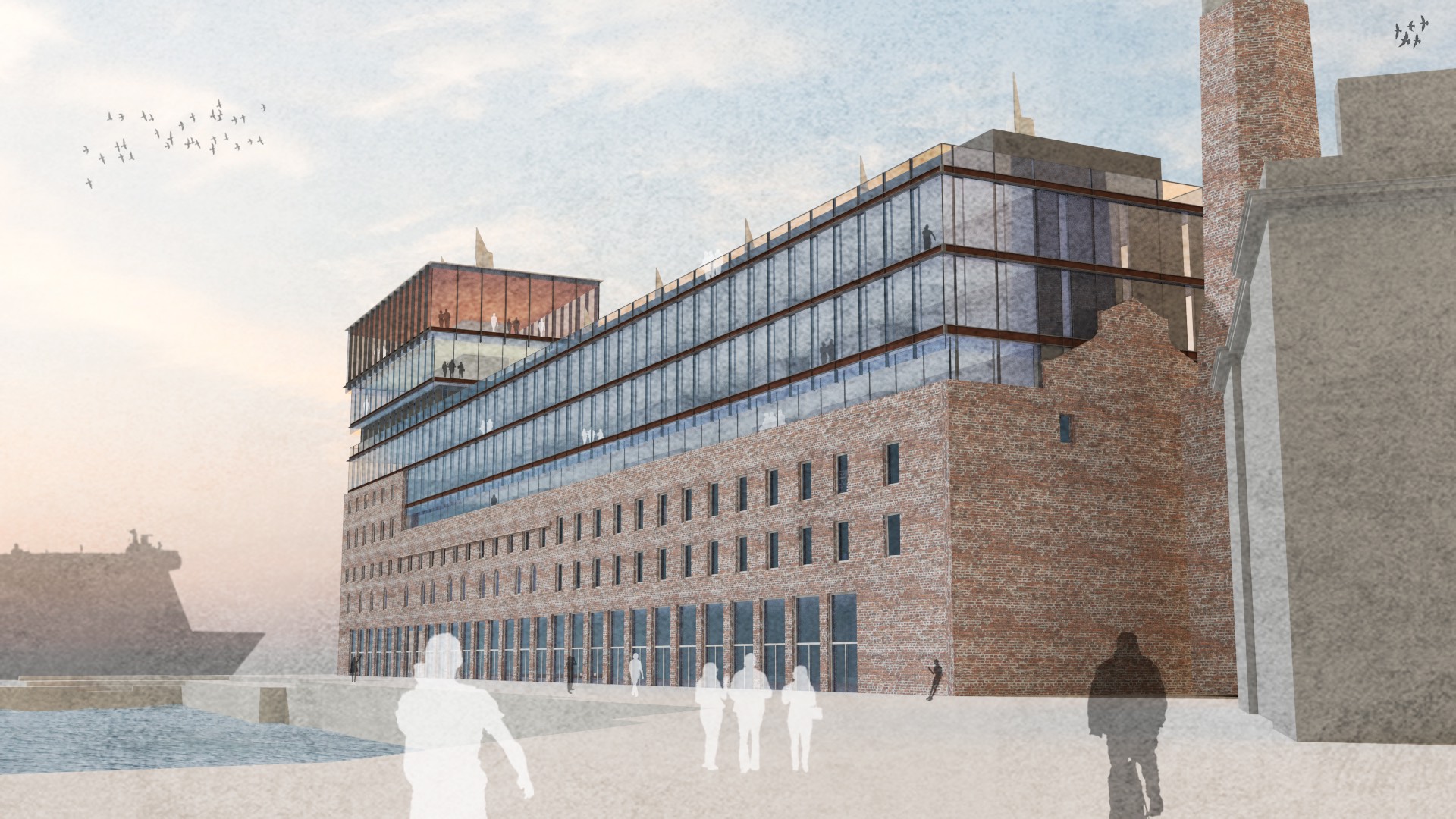 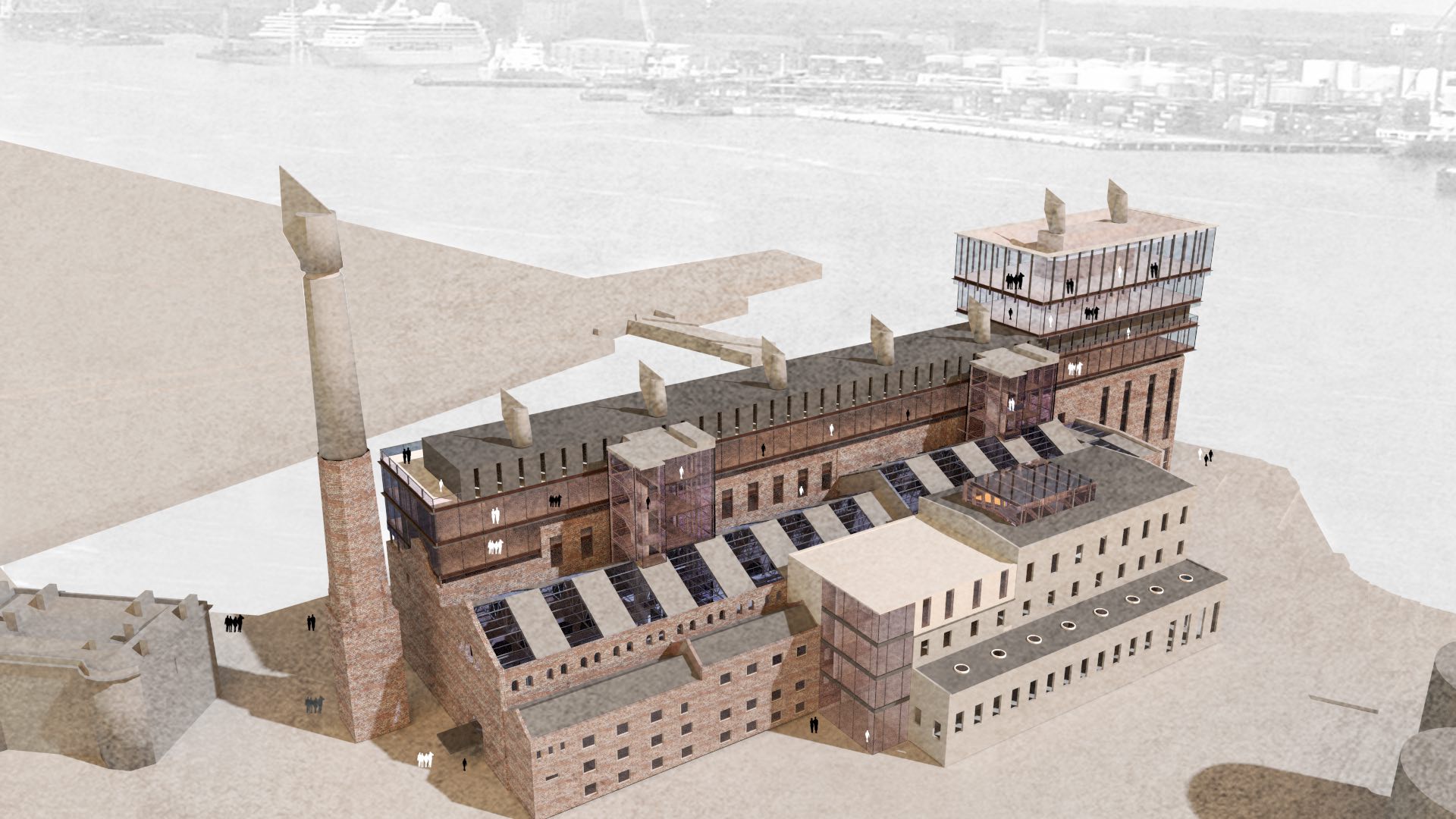 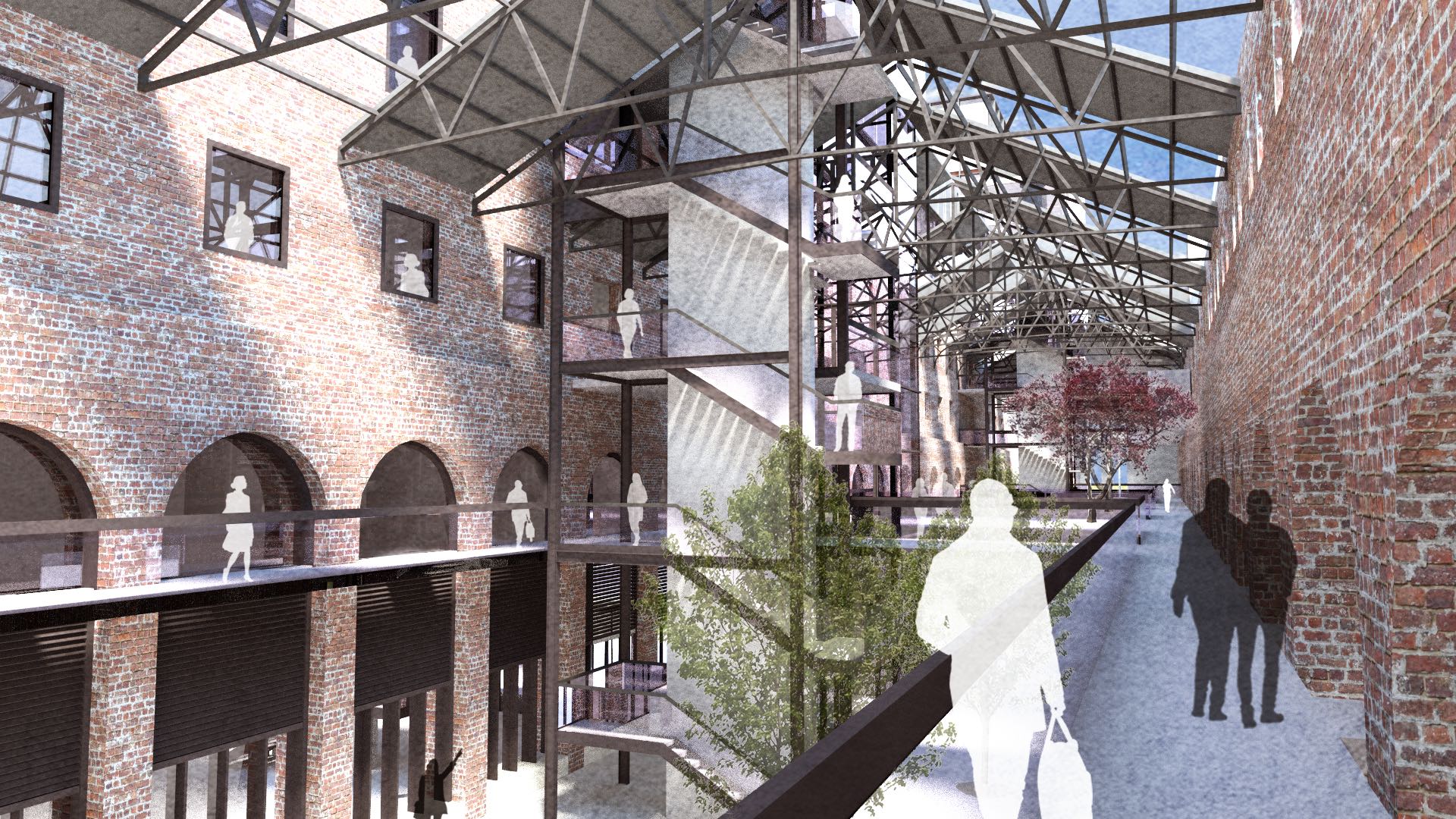 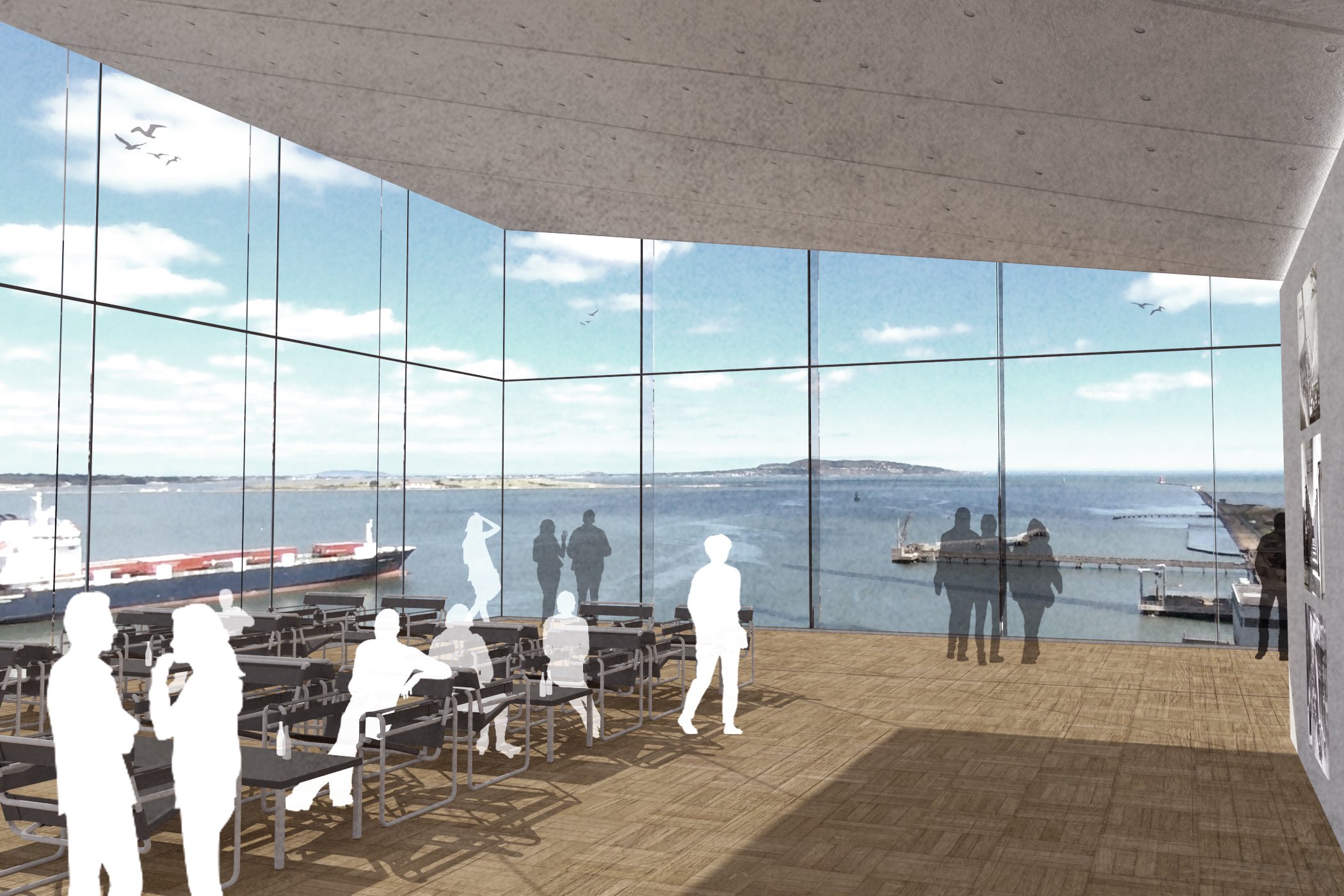 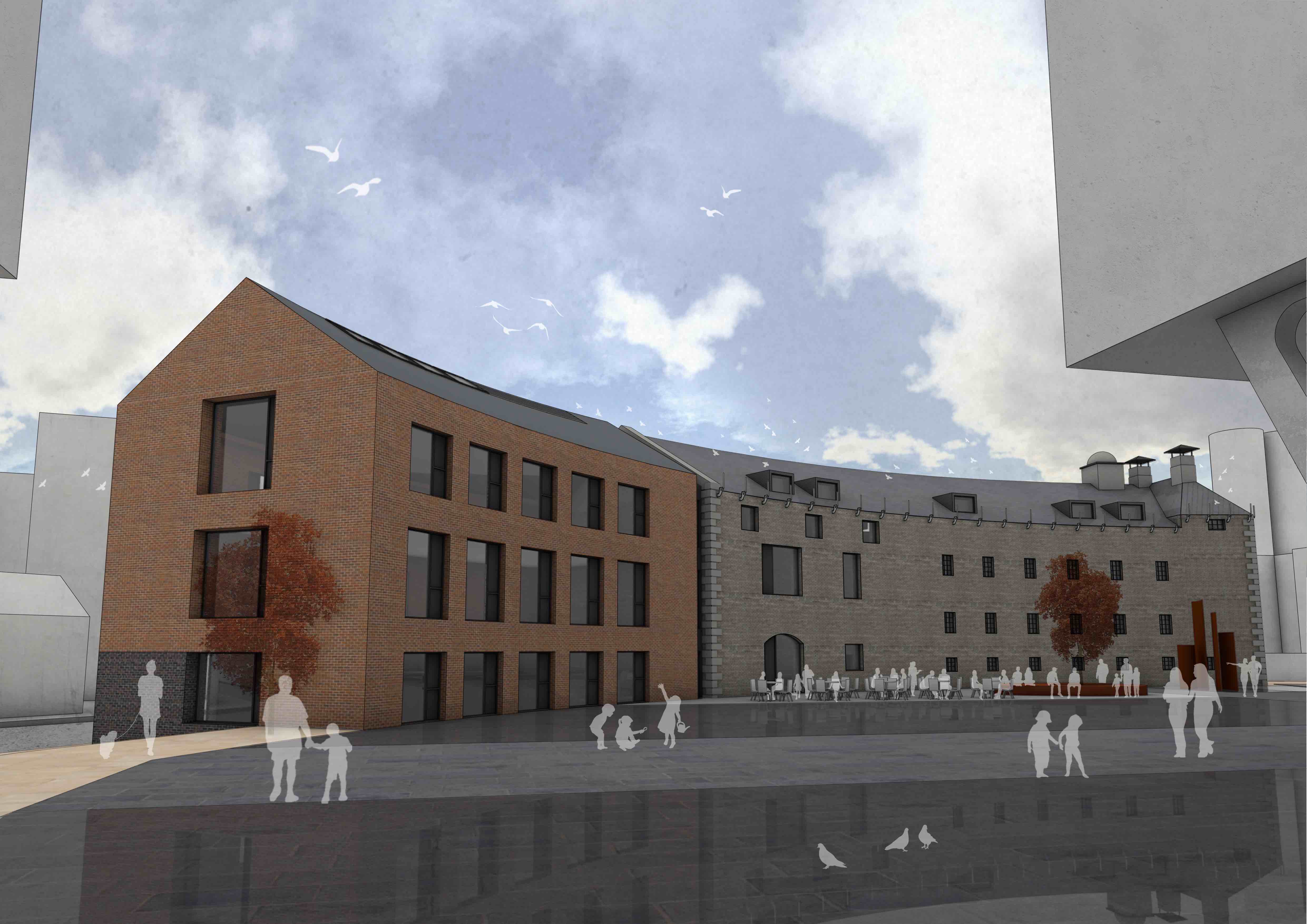